Kapil Sharma Back To His Starry Ways; Refuses To Click Photographs Rather Curtly! 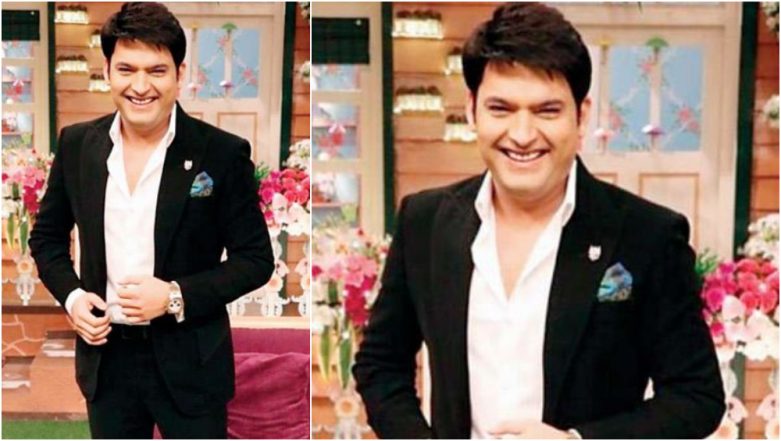 Kapil Sharma seems to have landed in hot soup yet again, for the comedian has been called out by a leading daily for his starry attitude at a recent event. Reports in DNA mentioned how at a recent do in town, which saw prominent faces from the entertainment industry turn up, Kapil too was present and was apparently back to his pre-break starry ways and did not oblige fans and his admirers with pictures, while other celebs were far more gracious. Twitterati Demand to Boycott the Kapil Sharma Show After Navjot Singh Sidhu's Comment on the Recent Pulwama Terror Attack

The report in the daily read, “Kapil not only declined to pose for pictures and selfies, but he was also rather curt in his refusal. His attitude completely put off the guests who requested him for a photograph.” The report also mentioned how Ranveer Singh who was present at the event was way more accommodating and clicked pictures with his fans, “Ranveer was his usual warm and friendly self when some guests requested him for pictures. His enthusiasm floored them and they were amazed by how nicely he treated them all.” Pulwama Attack: Kapil Sharma, Vikas Gupta, Rannvijay Singha, Television Industry Condemns Terror Attack in Kashmir

Kapil Sharma was at the top of his career back in 2018 when he had an unexpected downfall and took a break for a good few months and was away from the spotlight, only to make a terrific comeback with the second season of The Kapil Sharma Show. On the personal front, Kapil also tied the knot with fiancé Ginni Chatrath on December 12. While obviously, we won’t be forming any opinions based on this, we await Kapil’s clarification and his side of the story.