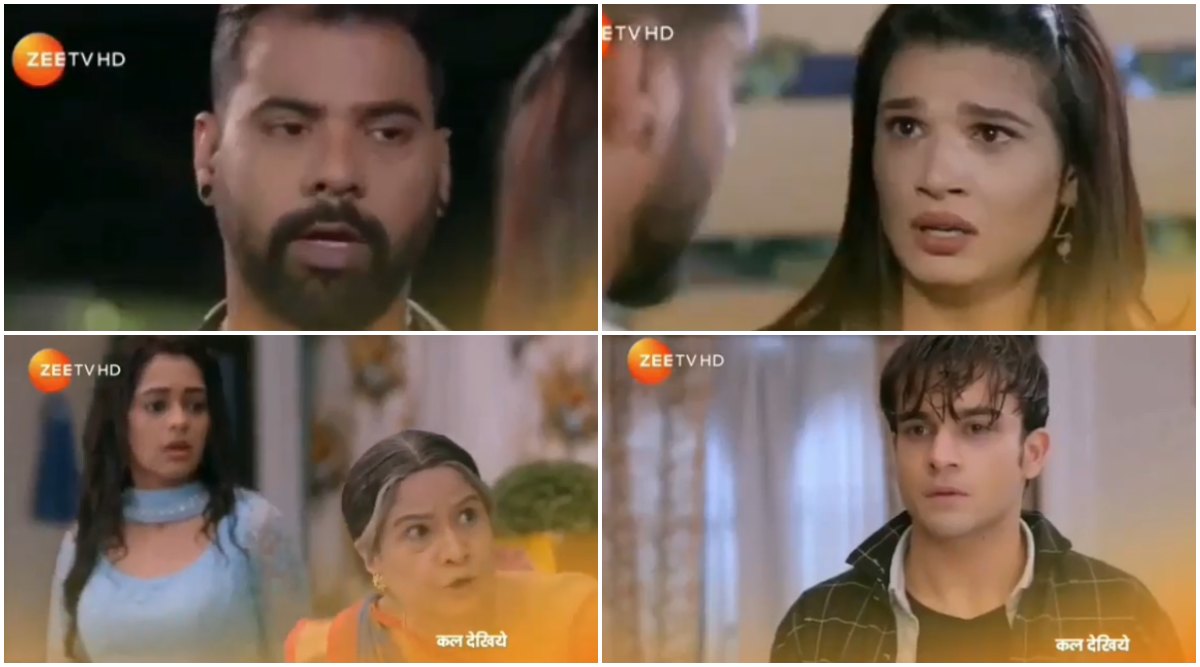 In the last episode of Kumkum Bhagya,  Ranbir finds that all of Saloni’s photos have been deleted from her phone. Ranbir is unable to see Rhea’s photo but Prachi tries to get Maya to confess. When Prachi continues to question her, Maya confesses and the former record it on her phone. Rhea and Maya hurt Prachi in an accident and delete the video from her phone. Abhi finds Prachi on the road and takes her home to take care of her. But Ranbir’s family hates her, while Abhi tries to defend her. Ranbir meets Rhea and goes home with her. Kumkum Bhagya February 7, 2020 Written Update Full Episode: Prachi Informs Ranbir About the Mystery Woman in Maya’s House, Will Rhea’s Truth Be Out?.

In tonight’s episode, we see Ranbir reaches home and tells everyone that Prachi is on his side. He says Prachi was only pretending to be against him so that they could collect evidence against Maya and find out who was behind the entire plan. Aaliya is shocked when Ranbir says that Prachi took a video which proves that Ranbir is innocent and Maya was paid to ruin his reputation.

When Ranbir plays the video it is the one which Rhea sent to Prachi’s phone. It shows Maya thanking Prachi for helping her against Ranbir’s family. Rhea tells Aaliya that she did Prachi’s accident and added this video to Prachi’s phone. Ranbir’s mother, Pallavi refuses to believe that Prachi is helping them. Rhea and Aaliya scold Prachi for putting Ranbir in more trouble. Kumkum Bhagya February 6, 2020 Written Update Full Episode: Abhi Gets Suspicious When He Sees Aaliya Giving Money to Rhea.

Prachi goes out crying and Ranbir tries to console her by taking her to his favourite ice-cream shop. Abhi (Shabir Ahluwalia)  feels like he saw Maya at the accident spot. He finds Rhea in Aaliya’s room and takes her outside but Rhea says she didn’t do anything wrong. Abhi says he knows Rhea didn’t do anything wrong and says that he wants Rhea to go with him to Maya’s house. Rhea makes an excuse but Abhi still leaves.

Ranbir and Prachi run towards the car in a race. Prachi celebrates when she wins and smiles because he purposely let the former win. Ranbir decides to take Prachi home. Rhea is upset that Ranbir and Prachi are back together. She feels they should stop this plan but Aaliya says Rhea is not doing anything wrong.

In the precap, we see Dadi yell at Ranbir and ask him to leave her house. Abhi questions Rhea and asks her to confess if she has something to say or else it won't be nice when he starts digging and finds out.