Looks like Shehnaaz Gill is on a roll these days as after two reality shows, Bigg Boss 13 and Mujhse Shaadi Karoge, the girl has grabbed her third dance reality show. But it's not what you think. Read! 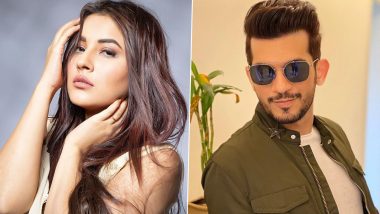 Who does not know Shehnaaz Gill? The singer who rose to fame by appearing on Bigg Boss 13 hardly needs any introduction. Be it her crazy antics on the show, getting cosy with Sidharth Shukla to even been tagged as Punjab ki Katrina Kaif by none other than Salman Khan, the girl surely paved her way to glory via the reality show. Not just this, after BB 13, Shehnaaz minted loads of money as she was part of Colors TV's shaadi based show, Mujhse Shaadi Karoge and later on also featured in a music video with Shukla titled as Bhula Dunga. Well, now if a exclusive report on Spotboye is anything to go by, Shehnaaz aka Sana has grabbed another project with Colors. After Bhula Dunga's Success, Sidharth Shukla and Shehnaaz Gill To Feature In Two More Music Videos?

After making fans go mad by featuring on Bigg Boss and MSK, the Punjabi Katrina might be seen hosting a dance reality show soon. As per the deets spilt by the entertainment portal, Sana is all set to be part of Dance Deewane and will be seen hosting the show alongside Arjun Bijlani. If this piece of news is indeed true, fans of Shehnaaz will be all joyous. For the unaware, Dance Deewane is a show which is been judged by Madhuri Dixit, Shashank Khaitan and Tushar Kalia. Mujhse Shaadi Karoge: Sidharth Shukla and Shehnaaz Gill Recreate Their Sizzling Chemistry As They Groove on 'Ve Maahi' (Watch Video).

Coming back to Shehnaaz, if the above report is true then this marks Sana's third reality show. Must say, Gill's addition on the dance reality show is quite a smart move by the makers as she is popular and will surely attract the audience. The report also suggests that the shoot of the show is delayed due to coronavirus pandemic and lockdown. Stay tuned to LatestLY for all the updates from the Telly world!

(The above story first appeared on LatestLY on Apr 13, 2020 05:25 PM IST. For more news and updates on politics, world, sports, entertainment and lifestyle, log on to our website latestly.com).