Shehnaaz Gill's Adorable Picture With Mahhi Vij and Jay Bhanushali's Daughter Tara is Sure to Melt Your Hearts! (See Pic) 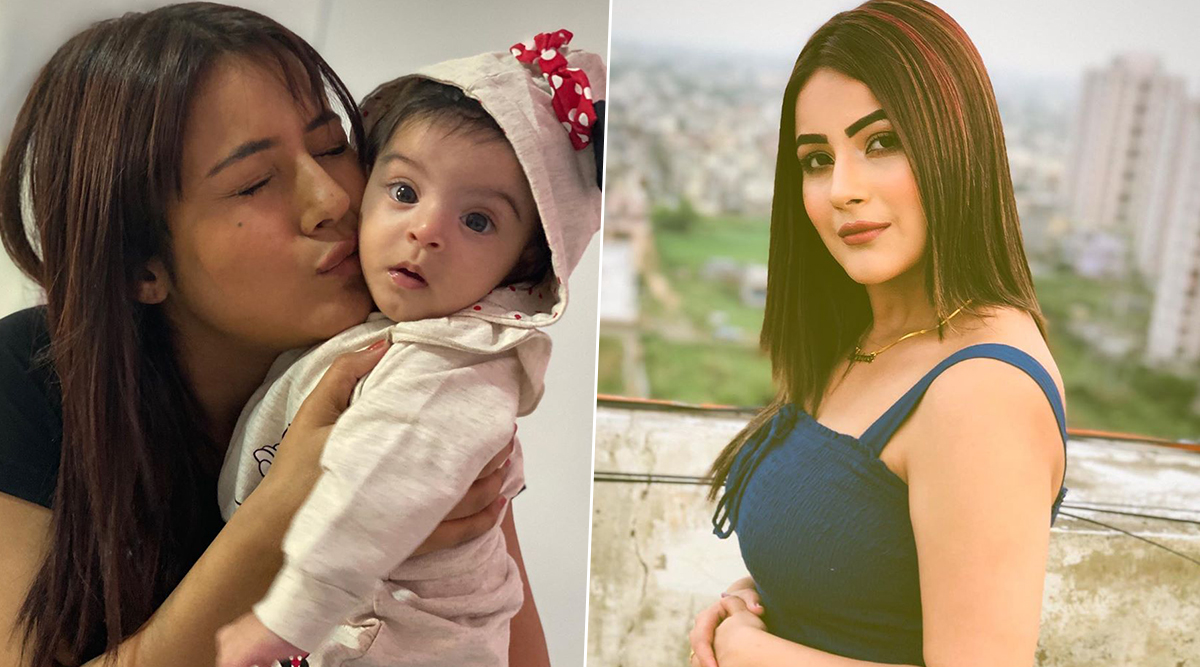 With Bigg Boss 13 coming to an end, it looks like Shehnaaz Gill is back to catching up with her near and dear ones. The second runner up of Bigg Boss 13 lost to Siddharth Shukla who became the winner of the 13th season. Gill who had received a lot of support from Mahhi Vij recently caught up with the television actress and even posed with her daughter Tara Bhanushali in an adorable picture. Mahhi shared the amazing picture where Shehnaaz is seen giving Tara a kiss and even mentioned in the caption how her daughter was happy to have a visit from her 'Massi'. The picture is now going viral considering Shehnaaz's fans can't get enough of it. Mujhse Shaadi Karoge: Shehnaaz Gill’s Swayamvar Gets a Thumbs Up From Fans, but They Can’t Get Over SidNaaz (Read Tweets).

Shehnaaz also met Jay Bhanushali who also took to Instagram to share a picture with her and wrote a sweet caption. Posing with Gill, Jay wrote, "First I Met this girl this girl at #biggboss13 house and now at my house @shehnaazgill this girl is fun and full of energy #biggboss13 #shehnaazgill." Bigg Boss 13 was one of the most entertaining seasons of the reality show. Interestingly, Mahhi has been a good friend of Rashami Desai, who was also one of the contestants on the show yet she was seen supporting Shehnaaz on Twitter. Mujhse Shaadi Karoge First Promo: Shehnaaz Gill-Paras Chhabra Are All Set and Decked Up to Hunt for Their Better Halves (Watch Video).

Check Out Shehnaaz Gill's Picture With Mahhi and Jay's Daughter:

Shehnaaz received a lot of love from Bigg Boss fans for her chirpy personality as the audiences enjoyed her presence on the show. She will now be seen in Mujhse Shaadi Karoge, alongside Paras Chhabra. The show will lock Shehnaz and Paras in a house, this time for 13 weeks and with 12 suitors.