With the ending of Stranger Things 4 Vol 2, we see our group here get ready with their arsenal to bring the fight to Vecna and kill him in the Upside-Down. However, things don’t go according to plan as Hawkins is even in a worse shape than before now, and some of our favourite characters ended up taking a huge hit. 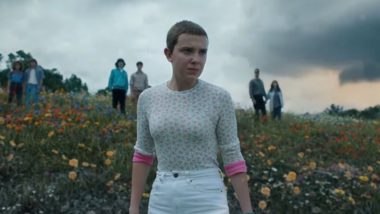 With “Master of Puppets” by Metallica fueling up the season finale of Stranger Things 4, we have finally hit the endgame. In Netflix’s biggest TV production ever, the Duffer Brothers brought it home as they sticked the landing to their most ambitious season yet. Stranger Things 4 ended with a bang as it saw our group take the fight to Vecna in the upside down, and it looks like the stakes have risen by a country mile. Stranger Things Season 4 Vol 2 Review: Millie Bobby Brown, David Harbour's Netflix Series Continues to Be Television At Its Stunning Best! (LatestLY Exclusive).

Warning: The Article Will Contain Spoilers For Stranger Things 4 Vol 2

With the ending of Stranger Things 4 Vol 2, we see our group here get ready with their arsenal to bring the fight to Vecna and kill him in the Upside-Down. However, things don’t go according to plan as Hawkins is even in a worse shape than before now, and some of our favourite characters ended up taking a huge hit. While there were still lesser risks taken with the legacy characters, what they did here with some of the newer characters from this season will definitely tug at the heart strings of fans.

So, without further ado, let’s crack open the Upside-Down door to the ending of Stranger Things 4 Vol 2, and see how it sets up the final season of the show.

Who Died In the Finale? 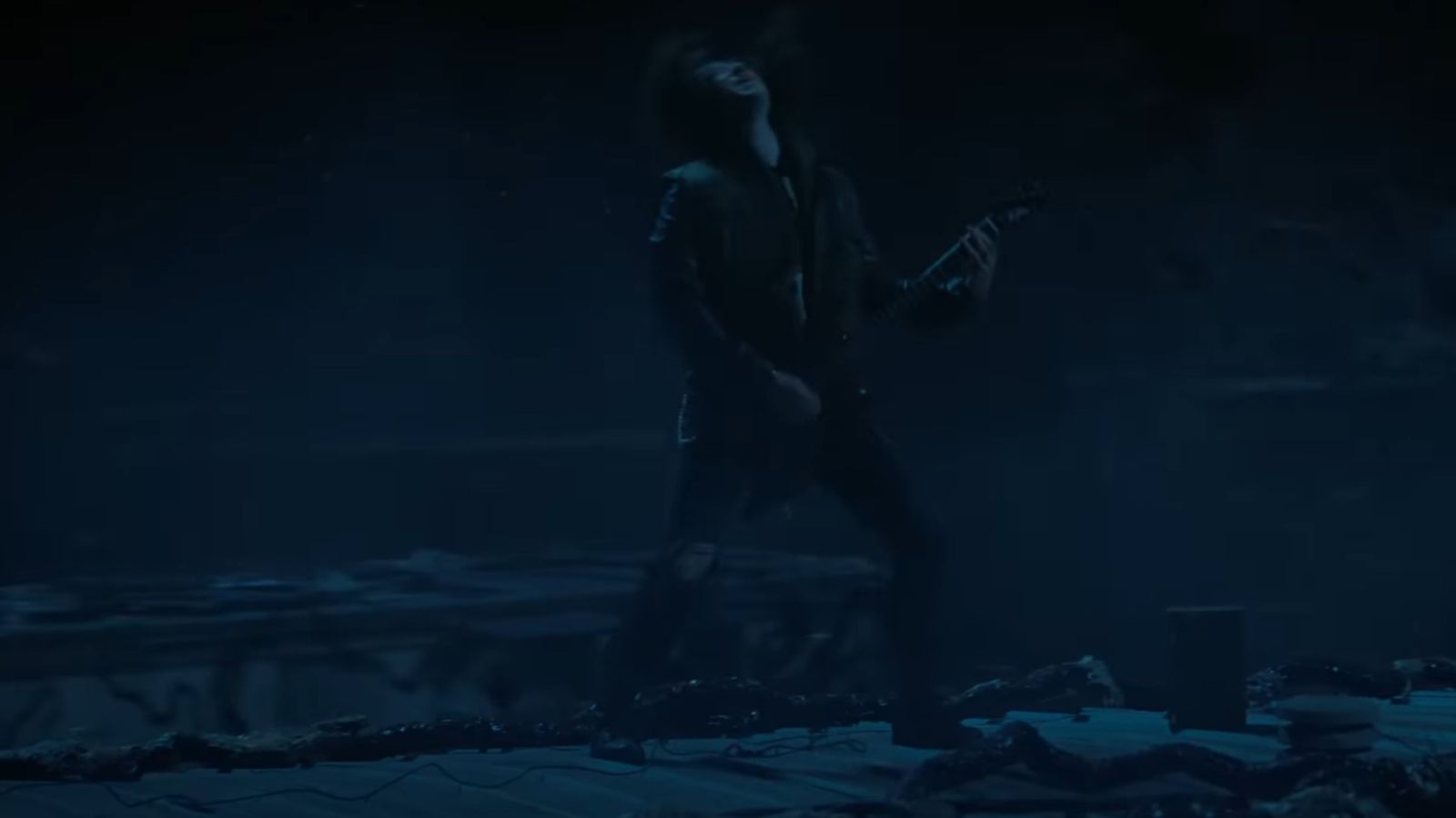 The finale saw Eddie Munson gave one of the most metal performances ever, but even that wasn’t enough to save him from the hellbats of the underworld. While trying to distract them, he got extremely overwhelmed with the crowd and was taken down. With Dustin near him, Eddie dies in his arms as he can finally claim that he was a hero for the first time in his life.

It’s a highly emotional scene that definitely had me in tears. It also established a new cliché for Stranger Things though. Any time a new character is introduced in a season, they become a fan favourite and end up dying. Why? Like why Duffer Brothers? What have we done to you? Remember Barbara, Bob and Alexei? I’ll tell you what, Pepperidge Farm remembers. Thank you, Eddie, for giving us a great “Master of Puppets” performance. 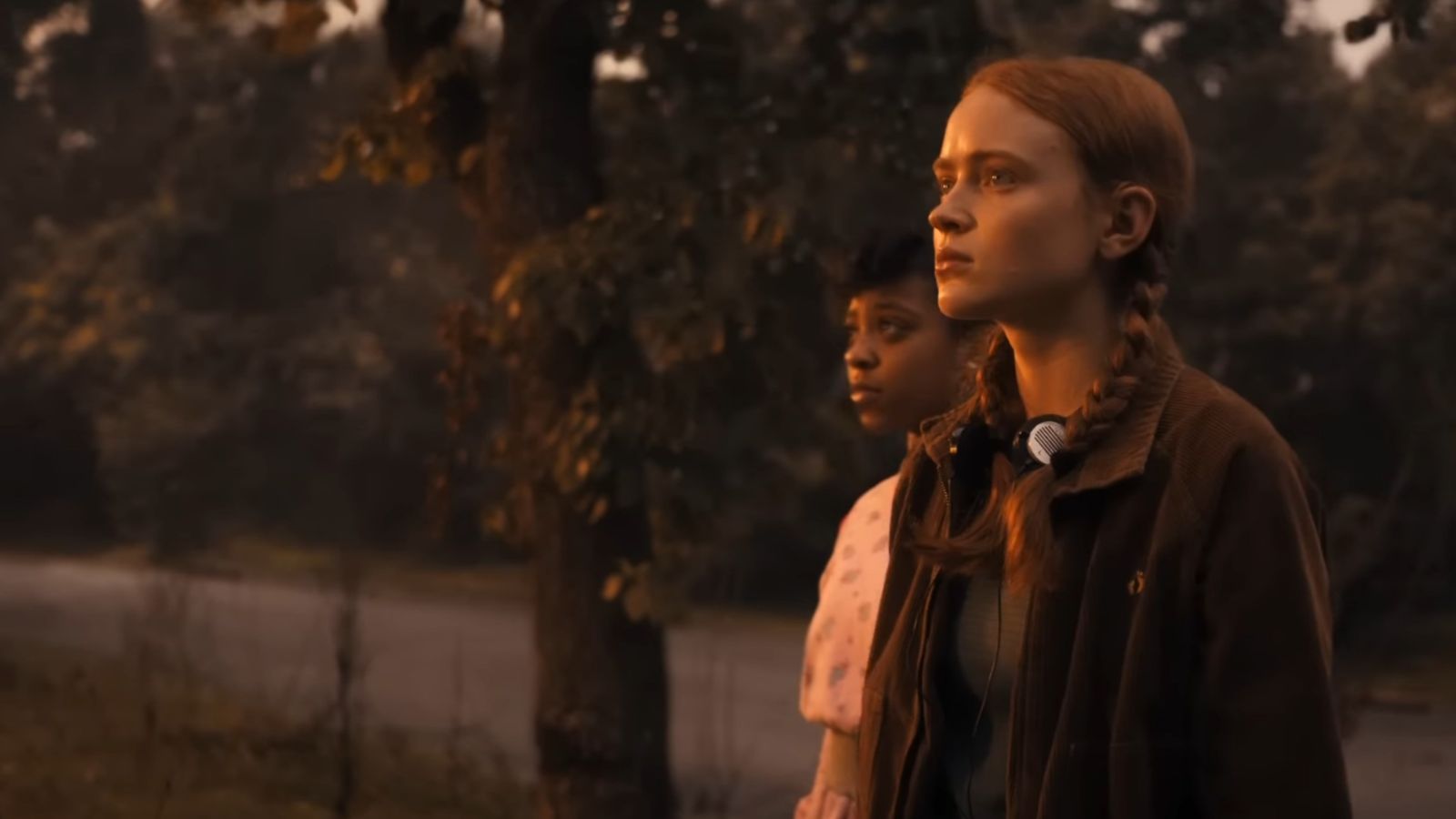 While it was theorised, that Max would die as well, she does in a way. When Vecna snaps her legs and arms and almost gouges her eyes out, she lays in Lucas’ arms. She does end up dying for a minute, but is brought back to life by Eleven. Max however, does end up in a coma with it being said that she might not wake up for a really long time. Don’t you dare get any funny ideas, Duffer Brothers.

How Does It Set Up Vecna’s Revenge in Season 5? 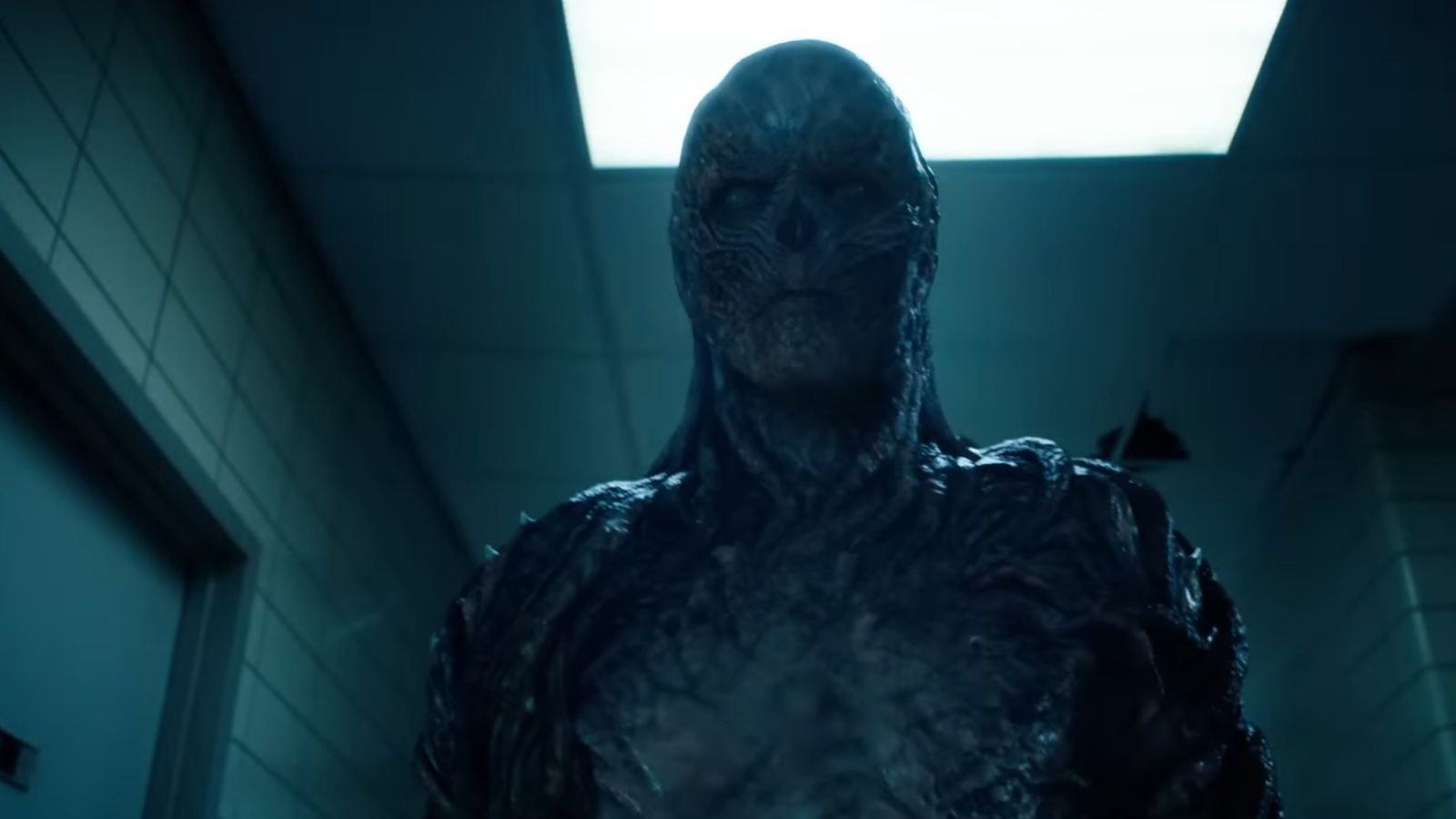 In episode eight its revealed that Vecna needs four victims to completely annihilate Hawkins. That fourth victim being Max, as she is still marked by Vecna. They devise a plan that sees them use Max to kill Vecna so that he can get vulnerable which will make him easy to be attacked. However, the plan does backfire and Max ends up being extremely injured, and almost dies in the process as well.

With Max not dying, Vecna isn’t able to completely destroy Hawkins, but still causes a huge earthquake that leaves a trail of destruction. He manages to escape as Steve, Nancy and Robin injure him in a huge way. Hawkins is extremely scarred by this event and everything is bleaker than before. 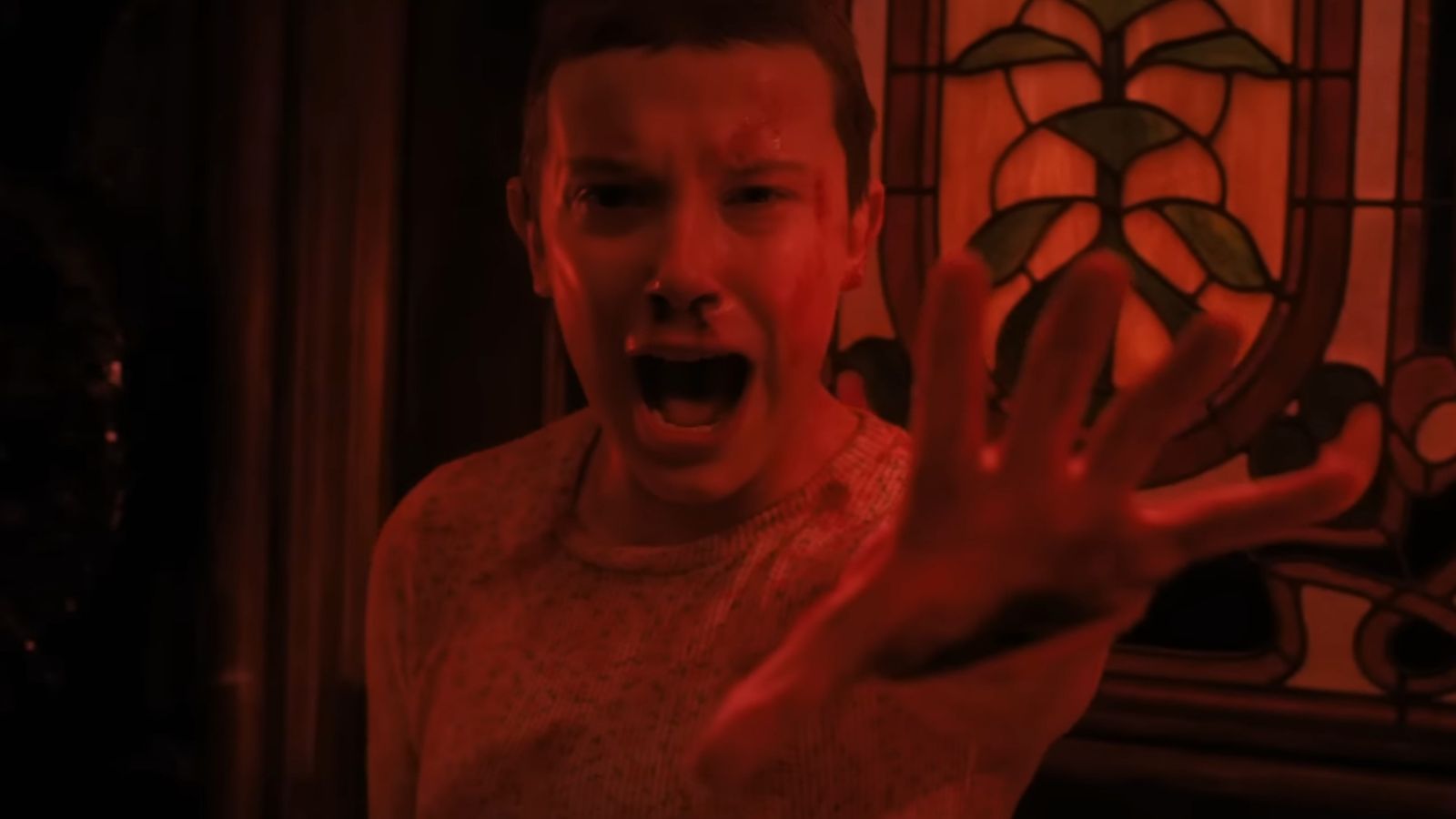 While the entire cast of characters are reunited with Joyce and Hopper making it back to the US, we see Will have goosebumps. It’s revealed that Hawkins has clouds with red thunder in them looming over it and it starts snowing too. It looks like Vecna is pissed, and he is coming back with a vengeance.

It looks Will will be more involved with the next season's story too seeing how he is connected back to the world of Upside-Down. With Eleven back with her powers, let's hope they can fend off this evil.

What Happens to Steve? 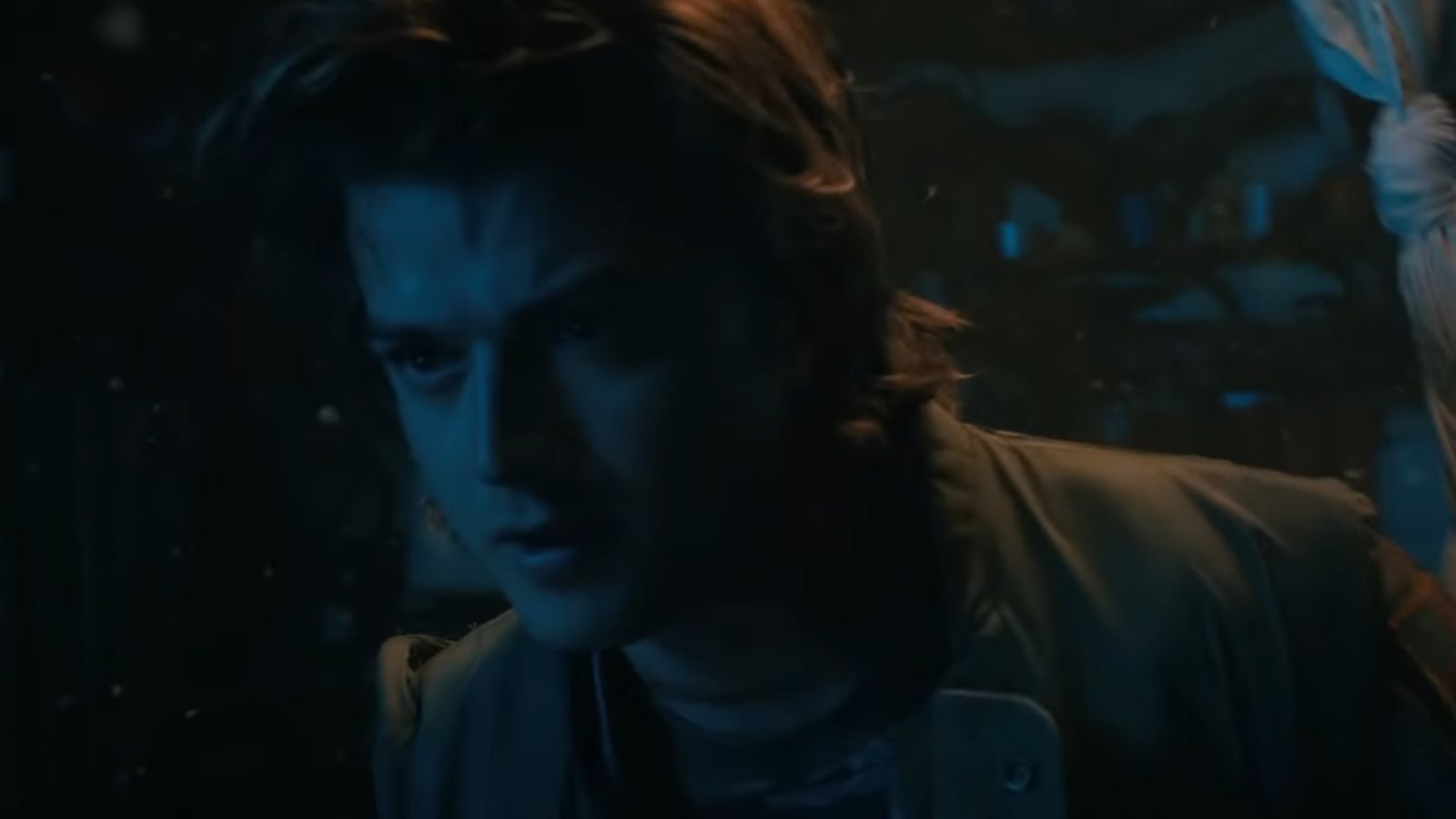 Now we come to the most important question of all though, what happens to Steve? Well Stranger Things stans, don’t worry, our boy is safe. Although, he didn’t get the girl. Yeah, that’s right, Jonathan and Nancy reunite at the end of the season, but it’s still set up that her and Steve might get back together by season five. Both have that spark between them reignited, so its not out of the realm of possibilities.

There is still a complication though, Jonathan lies to Nancy about not getting his college application. Looks like he is staying back in Hawkins in an effort to keep his relationship safe. Stranger Things Season 4 Vol 2: Netizens Get Upset as Netflix Crashes at the Time of the Series’ Premiere, Share Memes and Jokes (View Tweets).

Whatever it may be, we still have ways to go as Stranger Things 5 probably won’t premiere for a few years now. Until then, let’s just do a rewatch of Stranger Things 4 again.

(The above story first appeared on LatestLY on Jul 01, 2022 07:18 PM IST. For more news and updates on politics, world, sports, entertainment and lifestyle, log on to our website latestly.com).