Amazon Prime Video's web-show, Tandav has been receiving a lot of hate online from the time it started streaming on the OTT platform. Well, now fter many FIRs and even arrest threats against the makers and actors, the makers have removed two controversial scenes from the series. Check it out. 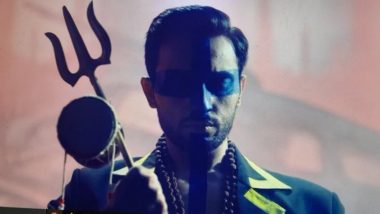 Amazon Prime Video's web-show, Tandav has been receiving a lot of hate online from the time it started streaming on the OTT platform. Netizens demanded a ban on the series claiming that it hurts the religious sentiments of Hindus. Not just that, after many FIRs and even arrest threats against the makers and actors, director Ali Abbas Zafar had issued an apology and also promised to implement changes on the show. Well now, the makers have removed two controversial scenes from Tandav. Tandav Row: Criminal Complaint Filed in Delhi Court to Take Down Saif Ali Khan’s Amazon Prime Show.

The first scene which is snipped is from the first episode itself titled as Tanashah which earlier saw Mohammed Zeeshan Ayyub as a college student Shiva essaying the role of the Hindu god Mahadeva/Lord Shiva in a theatre play. The specific scene saw a conversation between Lord Shiva and Narad Muni. Now, after the chop, audiences get to see Zeeshan's entry on stage as Mahadev and cut straight to they are shown police entering the campus to arrest a student. Tandav Controversy: Ali Abbas Zafar Issues a Statement Revealing Their Decision to Implement Changes to the Web Series Amid Growing Dissent.

Another scene which has been cut from the show was again a conversation between Devki Nandan Singh, the Prime Minister played by Tigmanshu Dhulia wherein he insults Dalit leader Kailash Kumar, played by Anup Soni. Tandav Row: FIR Lodged Against Director Ali Abbas Zafar and Amazon Prime Show’s Cast in Ranchi.

Tandav is a political drama with a strong message that stars a terrific cast of Bollywood actors like Saif Ali Khan, Dimple Kapadia, Mohd Zeeshan Ayyub, Dino Morea, Sandhya Mridul and more. Hope after these cuts, the show will now face no other problems. Stay tuned!

(The above story first appeared on LatestLY on Jan 21, 2021 06:13 PM IST. For more news and updates on politics, world, sports, entertainment and lifestyle, log on to our website latestly.com).