So after nine weeks of riffing on sitcom tropes, building on Marvel lore and tragic character study, WandaVision has come to an end. Marvel Cinematic Universe's first Disney+ series just had its finale on March 5, and it will leave you with a mixed bag of emotions. 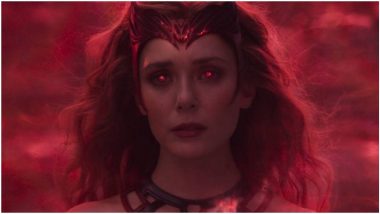 Elizabeth Olsen in a still from WandaVision (Photo Credit: Twitter)

So after nine weeks of riffing on sitcom tropes, building on Marvel lore and tragic character study, WandaVision has come to an end. Marvel Cinematic Universe's first Disney+ series just had its finale on March 5, and it will leave you with a mixed bag of emotions. Those who haven't watched the episode and are planning to do so, please do not read ahead for we will be discussing some SPOILERS about the episode, where it takes the characters and what it means for the future of Wanda and Marvel's Phase 4. Especially the two post-credit scenes. WandaVision Episode 9 Review: A Befitting but Predictable Finale for Elizabeth Olsen’s Disney+ Series That Gets Bogged Down by Fan Theories.

If you want to see what we really think of the finale of WandaVision, please check the link above. In this feature, we will only be discussing the plot-points of final episode. So Wanda Maximoff (Elizabeth Olsen) accepts her Scarlet Witch persona and defeats Agatha Harkness (Kathryn Hahn) by tricking her using her own idea of having Runes. As a form of punishment, Wanda makes Agatha accept her Agnes character permanently, leaving her trapped in Westview forever.

Meanwhile Vision (Paul Bettany) makes White Vision get in conflict with his mission - of eliminating 'Vision' - by using the Ship of Theseus as an example. Using that allegory, Vision makes White Vision realise that they both are 'Visions' and they aren't, as well, while he unlocks the repressed memories in the latter. With his memories restored, White Vision flies off to somewhere, maybe landing next in another Marvel show or movie. Hayward is also defeated, thanks to a timely intervention by Darcy (Kat Dennings).

Wanda and Vision now realise that their world has to come to a close, and Westview residents need to be freed. After putting their twins to sleep and then bidding each other farewell, though Vision does remind her that they could still meet in the future. As Wanda's Hex collapses, everything returns to normal, with their house turning back to a vacant plot. Wanda walks away into the town's centre, with the inhabitants looking at her with a feared trepidation.

Meeting Monica Rambeau (Teyonah Parris) there, Wanda tells her that she can't help if people are scared of her now. Monica tells her that if she had the same powers as Wanda, even she would have brought her dead mother back. Biding her farewell, Wanda flies off, where - for that you have to check the second post-credit scene. But before that...

While tidying up the aftermath of the events of the final fight and Westview's restoration, Monica meets up with Agent Jimmy Woo (Randall Park) and praises his efforts for the coordinating the FBI work. They also discuss Darcy's absence, with Monica telling Jimmy that she doesn't want to be part of any debriefs, while Hayward is shown getting arrested by FBI. Monica is then asked to come inside the theatre for debriefing, where she finds herself alone and the agent who called her in reveals herself to he a Skrull in disguise.

The Skrull tells Monica that she was sent by an 'old friend of her mother's' and 'he' wants her up there, pointing towards the sky. Now, while the first part of the reference may make us think that the Skrull could be referring to Carol Danvers aka Captain Marvel, the mention of 'he' could most likely mean that the Skrull is in fact referring to Nick Fury.

If you recall the post-credit scene of Spider-Man: Far From Home, we learn that Nick Fury is in space for some secret mission, and he is working with the Skrulls. We also learn that he has allowed some Skrulls to impersonate people on Earth, including him.

So the mid-credit sequence of WandaVision could mostly lead Monica to Captain Marvel 2, where Teyonah Parris is returning in an important role. We might also be seeing her use more of her powers as Photon, a tease of which was shown in the final episode of WandaVision. There is also the Secret Invasion series that will come up soon on Disney+, that in the comics, were about Skrulls impersonating some of the superheroes we know. Since the Skrulls we have met till now are the good guys, we wonder how will MCU play this up.

Wait for all the credit to get over, and then you would be teased by another scene. We see the camera panning through some very picturesque locales in a valley, as it settles to a cabin near a lake, where a dejected Wanda is seen sitting on the porch, sipping something from a cup. She then gets up and walks inside, as the camera pans to another room, while the BG score turns ominous. There, we see another Wanda in some kind of corporeal form in her Scarlet Witch persona, reading from Agatha's book Darkhold aka Book of the Damned. She is also hearing the cries of her twins Billy and Tommy, as he eyes shine in bloody red. 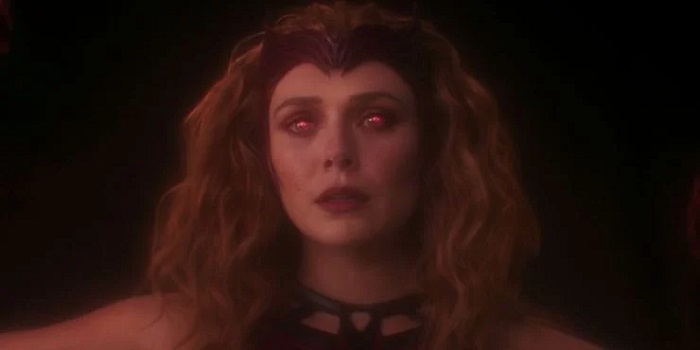 This scene would most likely play well into the upcoming Doctor Strange in the Multiverse of Madness, where Wanda has a prominent part to play. Earlier in the episode, Agatha tells Wanda that with her full control of the powers, she would be stronger than the Sorcerer Supreme. Since Doctor Strange holds that tag now, it looks like he would have to face his former Avenger colleague in the sequel.

For Wanda reading Darkhold could not mean anything good. It means the Scarlet Witch in her could be becoming more and more prominent. As for the cries of the Twins that Wanda keeps hearing, that shouldn't have happened. Wanda herself had buried her reality in which her husband and twins also belonged, so the fact that she is still hearing their voices, means there are still glitches in the reality. Does that mean that we are still to see the real House of M storyline?

(The above story first appeared on LatestLY on Mar 05, 2021 07:40 PM IST. For more news and updates on politics, world, sports, entertainment and lifestyle, log on to our website latestly.com).