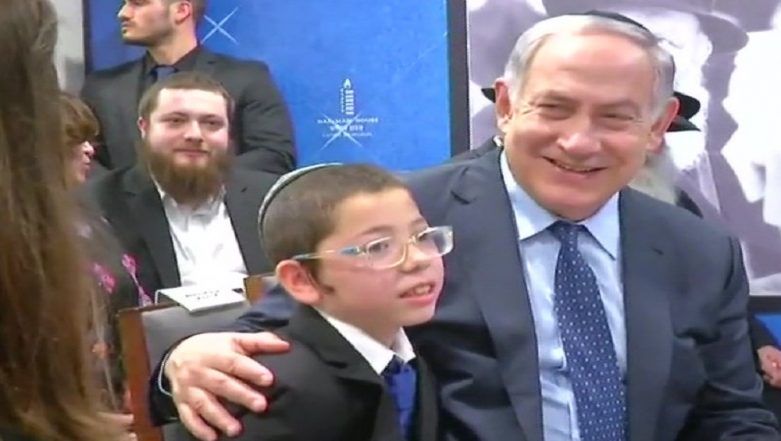 MUMBAI: Sandra Samuel, the nanny who saved the life of two-year-old Moshe Holtzberg during the November 2008 Mumbai terror attacks, laments that the 'scars' of Chabad House have not been wiped out even 10 years later. Ms Samuel, 54, wonders why the terror attack 'scars' are still there in the five-storeyed Jewish centre in Colaba, now renamed as Nariman Light House. Two Pakistani terrorists had laid siege on this building, killing nine, including Rabbi Gavriel and his pregnant wife Rivka. Their son Moshe was saved by Ms Samuel, who visited Mumbai with Moshe, his grandparents and Israel's prime minister in January this year. There were a lot of people around including the media and she did not notice things in detail then, but when she returned to the city in May, she felt things inside the House were "terrible".

"They have kept the fourth and fifth floor same and on the third floor they have broken every thing and made (it) into one big open space. The pillar and every thing has bullet marks. It is very terrible for me. It broke me, it shook me," Ms Samuel told PTI over phone from Israel. "Why it should be there for people to see the bullet marks? I dont understand this logic," she said and cited the example of terror attacks at Taj Mahal hotel, Trident hotel, Leopold Cafe and CSTM station. "Have they all kept the marks like that only," she said. Moshe Holtzberg Arrives in Mumbai a Decade After Parents' Death In 26/11 Terror Attacks.

Recalling the "horrific ordeal" in the building 10 years ago, she said, "It was a miracle that we came out alive from there. I believe God has his own plans for everybody." After her return to Israel, memories of the terror attack made her sick and she was admitted to hospital for a week, she said. Moshe is afraid of darkness, she said. "He doesn't say anything. But in the night he wants all lights on. He is very afraid of darkness. He can't sleep even in a dim light," she said.

Ms Samuel, who was granted honorary Israeli citizenship in 2010, says she does miss Mumbai and makes it a point to visit her sons Martin (35) and Jackson (28), every two years. She works for disabled children at the Aleh Jerusalem Center since the last seven years. Every Saturday, she meets Moshe in Afula where he stays with Rabbi Shimon Rosengberg, his maternal grandfather.