Delhi Government Restricts Officials From Using More Than One Vehicle

The GAD said GPS-enabled tracking devices should be installed also in the vehicles of corporations, board and other government agencies. 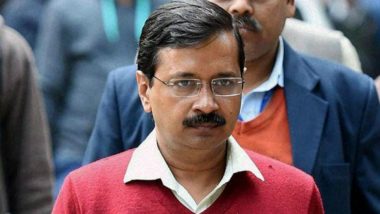 New Delhi, Aug 27: The Delhi Government has directed that no officer can use more than one official vehicle irrespective of the number of charges they hold. The order, issued last week by Delhi's General Administration Department (GAD), also restricts the use of government vehicle for any private purpose. It also directed all the Head of Departments (HODs) to install GPS-enabled tracking devices in all its vehicles. The GAD said GPS-enabled tracking devices should be installed also in the vehicles of corporations, board and other government agencies. Vehicles hired from private contractors should also be GPS-enabled. "It has come to the notice of the government that many officers are using more than one official vehicle on the ground that they are holding additional charges. "It is, therefore, ordered that the entitled officers shall use only one government vehicle irrespective of the number of charges they are holding," the order stated. It directed that no vehicle will run without GPS trackers from next month.

"The Finance Department should ensure that there is regular periodic audit of the government vehicles. General pool for vehicles be restricted to the department where there are functional exigencies," it stated. "Allotment of vehicles to an entitled officer will be done through executive order by name so that responsibility can be fixed in case of misuse," it stated. The government wants a software developed to link log book generation with the movement of vehicles tracked by GPS.

(The above story first appeared on LatestLY on Aug 27, 2018 10:19 PM IST. For more news and updates on politics, world, sports, entertainment and lifestyle, log on to our website latestly.com).