In 2015, the employees of MSRTC got their Diwali bonus after a gap of 17 years. 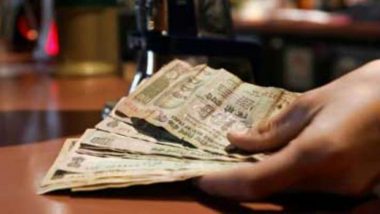 Maharashtra, October 23: The employees of the Maharashtra State Road Transport Corporation (MSRTC) will get a bonus this Diwali as announced by the Minister for Transport Diwakar Raote on Monday. According to a report on the Hindu, staff would get Rs 2,500, while officers would get Rs 5,000 as a bonus with their November salary. The Minister further announced a 10 percent interim wage hike for all employees from October. Maharashtra State Transport Workers Begin Indefinite Strike Demanding Salary Hike, Bus Services Hit.

Last year as well, the employees were given bonus just ahead of the Diwali season. The bonus amount was Rs 2,500 for non-officers, and Rs 5,000 for officers. It was also in the news last time that MSRTC had planned to increase the rate of their bus tickets up to 30 percent during the Diwali season.

This decision came after the government permitted the state transport for a ‘flexible rate system’ during the holiday season. In 2015, the employees of MSRTC got their Diwali bonus after a gap of 17 years.

(The above story first appeared on LatestLY on Oct 23, 2018 08:56 AM IST. For more news and updates on politics, world, sports, entertainment and lifestyle, log on to our website latestly.com).