Right to Education has ensured more enrolment in schools and very few students are dropping out. But a significant number of schoolchildren cannot do basic math. 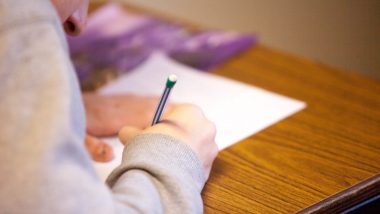 The education system of India has initiated many new changes in recent years for the development of the students. No matter how much they are striving, a majority of the students lack far behind. In India, Right to Education has ensured more enrolment in schools and very few students are dropping out. But a significant number of schoolchildren cannot do basic math—reveals a report by the Non-Governmental Organisation (NGO) Pratham. They further stated that a quarter of them could not even read. The entire report depicts the sad reality that the schools are probably overlooking. NEET MDS Exam 2019 Results Declared Online; What’s Next?

The Annual Status of Education Report (ASER) 2018 by NGO Pratham found that there has been little improvement in learning over the past few years; the data of which is accessed by TOI. The sample for this study were students from class 8, class 5 and class 3. As per the report, 56 per cent of class 8 students cannot divide a 3-digit number with a single-digit one, 72 per cent of students in class 5 does not know division at all, and 70 per cent of class 3 students are not able to do basic subtraction. ASER further stated that the situation today is far worse than what it was a decade ago. For example—in 2008, it was revealed that 37 per cent of class 5 students could not do basic mathematics and now less than 28 per cent can. JKBOSE Class 10 Timetable 2019 for Jammu Division Released!

The children are struggling in reading as well. One of out of four students, nationally, are surpassing class 8 without basic reading skills. In 2008, 84.8 per cent students of class 8 could read class 2 level texts. However, as per the recent study, the number has dropped to 72.8 per cent. The data for the report was collected from 596 rural districts across 28 states that covers 3.5 lakh households and 5.5 lakh children between the age group of 3 to 16 years.

(The above story first appeared on LatestLY on Jan 16, 2019 10:25 AM IST. For more news and updates on politics, world, sports, entertainment and lifestyle, log on to our website latestly.com).