Goa's Ports Minister Michael Lobo on Tuesday urged Ricardo D'Souza, the co-owner of a popular nightclub, Club Tito's, to disclose names of persons from government departments who have harassed him, a day after the nightclub owner announced sale of all businesses in the coastal state citing harassment by politicians, bureaucrats and others. 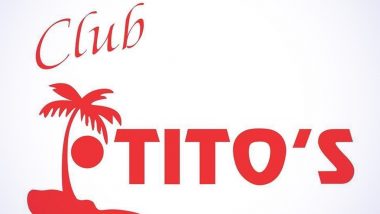 Panaji, June 29: Goa's Ports Minister Michael Lobo on Tuesday urged Ricardo D'Souza, the co-owner of a popular nightclub, Club Tito's, to disclose names of persons from government departments who have harassed him, a day after the nightclub owner announced sale of all businesses in the coastal state citing harassment by politicians, bureaucrats and others.

"If anybody has harassed him, he should tell me the name. We will take action if anybody from our departments has harassed him," Lobo told reporters.  Goa’s Iconic Club Tito’s Sold; Owner Cites Harassment by Politicians, Government Officials

Lobo is also an MLA elected from the Calangute Assembly constituency, where the nightclub is located. Chief Minister Pramod Sawant has denied to comment on the issue.

On Monday, D'Souza in a Facebook post had announced the sale of Club Tito's and all other businesses in Goa, much to the shock of the patrons of the club which was first started in 1971.

In his Facebook post, the club owner had said that he was harassed by the police, (Planning and Development Authority) PDA, (Coastal Regulation Zone) CRZ, NGOs, Panchayat and Sarpanchas, Block Development Officers (BDO), Dy. Collectors,".

Lobo on Tuesday said that he had spoken to D'Souza and said that the latter had confirmed that he had received an advance payment for the sale of his club and other businesses, but a formal sale deal had not been executed.

"He is my dear friend. Very close friend. When I spoke to him, he said an advance has been given, but a sale deed has not been executed yet. He had told me that he was (thinking of) selling for the last two years," Lobo said.

"I am the only person who told him not to sell. Sell a small percentage 30 to 40 per cent. Keep the larger stake with you," he added.

D'Souza's post announcing the sale of the Club went viral on Monday, attracting comments from a cross section of society.

"Shocking, shouldn't have happened as Tito's was one of GOA's own," said Ernst Dias, vice president Kuoni Travel India, a leading tour company.

"You guys put Goa on the global party map and established Goa as a party destination. A lot of other businesses benefited as a consequence. It's sad to see one by one, the real Goans moving out of Goa because of other Goans," according to musician Varun Carvalho.

"Extremely sad. Does this spell doom for Goan entrepreneurs? Ricardo Joseph D Souza we are greatly saddened with this news. Wish you all the best in your future endeavours wherever you may go," former state advocate general also said.

D'Souza's comments citing harassment of businessmen in Goa, especially by the authorities, aren't the first of its kind. In 2019, soon after Chief Minister Pramod Sawant assumed chief ministership, a leading Goan mining magnate Audhut Timblo had claimed "ease of doing business" had plummeted to zero in Goa, stating that successive governments had done little to create an environment conducive for business.

(The above story first appeared on LatestLY on Jun 29, 2021 03:05 PM IST. For more news and updates on politics, world, sports, entertainment and lifestyle, log on to our website latestly.com).