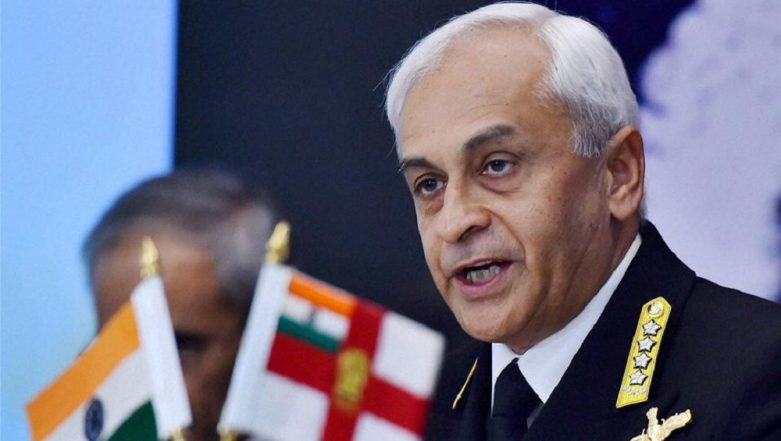 Admiral Sunil Lanba is on a 'goodwill visit' to Bangladesh (Photo Credit: PTI/File)

New Delhi, June 24: Navy chief, Admiral Sunil Lanba is on a "goodwill visit" to Bangladesh from June 24 to 29 to consolidate bilateral defence relations and to explore new avenues for naval cooperation, an official statement said on Sunday. During the visit, Lanba will hold discussions with the chiefs of the three armed forces of Bangladesh besides government and military officials, as per the Defence ministry statement.

"The commencement of CORPAT is major step towards enhanced operational interaction between both navies. "Naval cooperation between India and Bangladesh has been traditionally strong, encompassing a wide span which includes operational interactions through port calls, passage exercises along with capacity building, capability enhancement and training initiatives," it said. Bangladesh Navy was also the Chair of Indian Ocean Naval Symposium (IONS), launched by the Indian Navy in 2008, from 2016 to 2018.