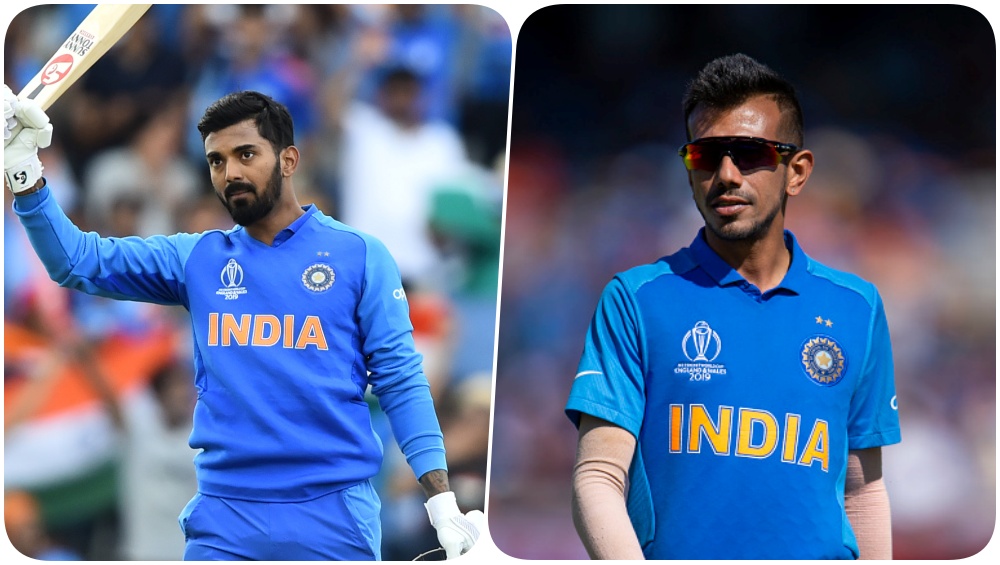 KL Rahul gave a bright start to India last night after they were chasing a mammoth of 208 runs on the board in the first T20I against West Indies in Hyderabad. KL Rahul scored 62 runs from 40 balls and thus entered the 1000 run club. But it was Virat Kohli who guided the team home with his blistering knock of 94 runs. After the game, KL Rahul made an appearance in Chahal TV where he hilariously trolled the spinner which talking about his innings in the match. Virat Kohli Loves Amitabh Bachchan’s Reaction to His 'Chequebook Celebration’ During IND vs WI, 1st T20I (Watch Video).

So Chahal asked him that what was the secret of scoring so many runs during the match? KL Rahul, laughingly responded, “Maaro aur kya.” Yuzi further pressed him and asked, "Aapko pata hai aapke mujhse kitne zyada runs hain" (Do you know how many runs you are of me?). To this Rahul stated 999. Both the members of the Men in Blue broke into laughter. The video was shared on the official page of the BCCI. Check it out below:

Talking about the game, India achieved a total of 208 runs with eight balls to spare in the game. It was Virat Kohli who went on to become the Man of the Match for his blistering knock under immense pressure. At one point in time, it seemed that India would lose the match but Virat Kohli displayed nerves of steel and guided the team home.