National Tourism Day: Facts About Indian Tourism Industry Which Will Amaze You!

India can become the third fastest growing tourism sectors and we can definitely work upon climbing the ladder. 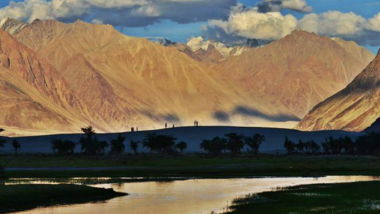 The 25th of January is celebrated as the National Tourism Day in our country. Now you would wonder why do we need a tourism day? Well, this day was established by our government in order to promote and raise awareness about the tourism within the country. The things that we boast in our country like our diversity in each state, cultural and traditional practices, conserved heritage spots all make it appealing for tourists within and outside the country. While we dream of visiting the foreign countries, it is time we spare some thoughts to the tourism of our own country. Take a look at some of the astonishing facts about the Indian tourism industry:

All of these facts point how important tourism is for the country and also the culture of ‘traveling’ in general. It also highlights that India is on the map very well when it comes to being a popular tourist destination but we definitely have a long way to go. India can become the third fastest growing tourism sectors and we can definitely work upon climbing the ladder.

(The above story first appeared on LatestLY on Jan 25, 2018 03:43 PM IST. For more news and updates on politics, world, sports, entertainment and lifestyle, log on to our website latestly.com).