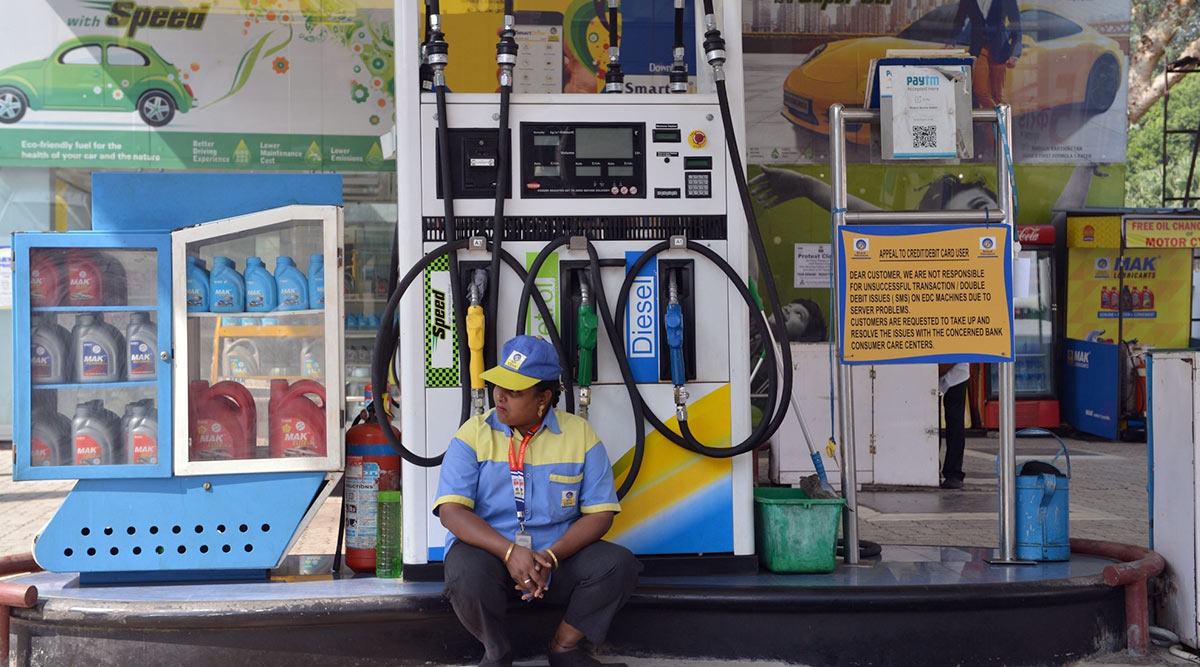 New Delhi, March 26: Petrol and diesel price in India remained unchanged for the eleventh consecutive day on Thursday. The price of petrol and diesel across all major cities in India were changed on March 16 and have been the same thereafter. According to the official website of Indian Oil Corporation (IOC), petrol on Thursday was sold at Rs 69.59 per litre in Delhi, Rs 75.30 per litre in Mumbai, Rs 72.28 per litre in Chennai and Rs 72.29 per litre in Kolkata. Several areas including Noida and Gurugram witnessed an increase of 0.18 paise and 0.05 paise per litre with petrol being sold at Rs 72.16 per litre and Rs 70.21 per litre respectively. Jaipur, Lucknow and Patna saw a dip in petrol prices by 0.06, 0.01, 0.02 paise per litre respectively. Check Fuel Rates in India on March 26, 2020.

Earlier this week, the government had decided to raise excise duty on petrol and diesel significantly, by up to Rs 8 per litre, to mobilise additional resources that would be required to fight the COVID-19 pandemic.

According to the  amendments introduced in the Finance Bill 2020, the Finance Ministry proposed to raise special additional excise duty on petrol to Rs 18 per litre from present Rs 10 per litre and on diesel to Rs 12 per litre from the present Rs 4 per litre. Reports informed that the changes have been made by amending the eighth schedule of the Finance Act 2002.

In India, fuel prices are revised daily since June 2017 at 6 am. Previously, the price of petrol and diesel were revised every fortnight. There are several factors that impact the price of fuel in India include rupee to US dollar exchange rate, cost of crude oil, global cues and international crude oil prices gain.