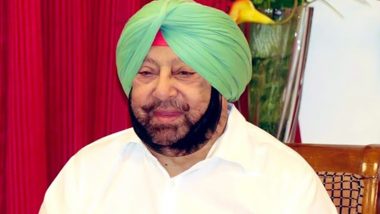 On the occasion of Bhagat Kabir Ji Jayanti, the Chief Minister also announced that his government will soon disburse Rs 560 crore to the landless farm labourers under the Debt Waiver Scheme.  Kabirdas Jayanti 2021: Inspiring verses, Quotes and Hd Images To Share On The Birth Anniversary of Indian Mystic, Saint and Poet

Virtually paying respects to the 15th-century mystic poet and saint Bhagat Kabir, the Chief Minister said the Chair to commemorate Sant Kabir will undertake research on the life and philosophy of the great mystic poet.

The Bhagat Kabir Bhawan, he said, will be built over a 0.77 acre area, of which 13,000 sq.ft. covered area would house a community hall with seating capacity of 500.

Of the Rs 10 crore, Rs 3 crore would be spent on construction and Rs 7 crore towards the land cost, he added.

Joining the people of Punjab in paying respects to saint Bhagat Kabir at state-level celebrations, the Chief Minister exhorted them to follow his teachings in earnest so as to carve out an egalitarian society rising above the parochial considerations of caste, colour, creed and religion.

The Chief Minister spoke about the life and teachings of Bhagat Kabir Ji, citing the eternal message of love, peace, harmony contained in his Bani, which is part of Guru Granth Sahib.

The Chief Minister listed the various welfare schemes for the underprivileged being carried out by his government in line with Bhagat Kabira¿s philosophy.

Referring to the Post Matric SC Scholarship scheme, Amarinder Singh said the state government had released 100 per cent scholarship funds during 2020-21 and had also amicably resolved the issue of pending payments with private colleges, which had been clearly told not to withhold the roll number of any student.

Slamming the Centre for abruptly withdrawing from the scheme, thus jeopardizing the future of our students, the Chief Minister said the state government had launched Dr B.R. Ambedkar Post Matric Scholarship scheme to bail out the students left in the lurch by the Centre's decision, forcing the Government of India to also restore the scheme.

Though the state had paid its 40 per cent share, the Central government was yet to release its funds, he added.

(The above story first appeared on LatestLY on Jun 24, 2021 04:57 PM IST. For more news and updates on politics, world, sports, entertainment and lifestyle, log on to our website latestly.com).