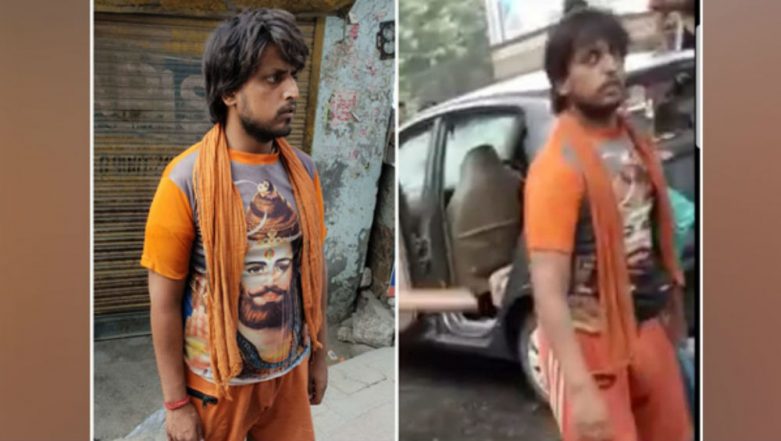 New Delhi, Aug 09: The Delhi Police on Thursday arrested a person in connection with the vandalisation of a vehicle by a group of 'Kanwariyas' in Moti Nagar recently. Violence broke out in South Moti Nagar area on Tuesday afternoon after a group of 'Kanwariyas' vandalised vehicle and broke windscreen and windows. 'Kanwariyas' are devotees of Lord Shiva, who undertake the Kanwar Yatra to Uttrakhand's Haridwar, Gaumukh and Gangotri Sultanganj in Bihar to fetch water of the holy river Ganges.

The group, armed with iron rods and sticks, smashed the car after a driver allegedly tried to brush past one of them while moving on a busy road.

The video of the incident has been doing the rounds on social media.

West Delhi's Deputy Commissioner of Police had said that there were two people sitting in the car when the Kanwariyas attacked, adding that both the persons had managed to escape unhurt. The officer also added that the occupants of the car refused to file the complaint against the perturbed group.