He stressed that even though candidates are accountable for poll expenses, political parties are not. 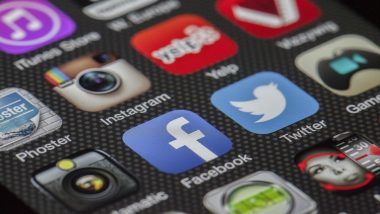 New Delhi, April 5: Civil society groups Friday appealed to political parties to cap their election expenditure and urged the Election Commission to ensure that Facebook and other such digital platforms are not used for profiling or to spread hate speech during elections. A call for action was given at an event where civil society groups — like Common Cause, Internet freedom Foundation, Association For Democratic Reforms — former public servants and former election commissioner S Y Quraishi urged EC to monitor the expenditure by political parties, and not just by candidates, on online campaigns. Lok Sabha Elections 2019 Candidates, Campaigns & Rallies on April 5, Live News Updates: Niti Aayog Vice-Chairman Rajiv Kumar 'Violated MCC', says the Election Commission.

Quraishi highlighted the "disastrous consequences" of social media and how it "creates havoc". "As far as EC is concerned, social media is also a (form of) media. What applies to the media has to apply to it. You have to account for the money spent on media, including social media. You are accountable for content and ads have to be pre-approved, that should also apply to social media. But how far it will apply to private players, that is the issue," he added. He stressed that even though candidates are accountable for poll expenses, political parties are not.

A group of former civil servants has met the EC to discuss the threat posed by digital platforms to elections and offered suggestions. "We appeal to all political parties to recognise the threat of money power in the elections and evolve a consensus to enact a legislation to cap the election expenditure of political parties," the groups said in their appeal. Odisha BJP Vice President Samir Mohanty Writes to EC, Seek Disqualification of BJD Candidate Nalini Kanta Pradhan For Lok Sabha Elections 2019.

The EC should conduct an outreach programme, educating social media users on ways to report violations of electoral norms. "Put in place curbs on data brokers which are in the business of collecting large volumes of data and selling it to political parties... The ECI should insist that political parties report any such transaction."