Ahmedabad Woman Tortured, Harassed by Husband and In-Laws Over Dowry

According to reports, the woman filed a complaint at Sola police station against her husband, mother-in-law and sister-in-law. In her complaint, the woman alleged that they tortured her and demanded that she get gold from her father. 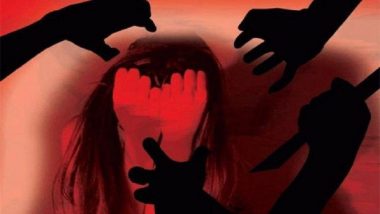 Ahmedabad, July 25: An incident of dowry harassment has been reported from Gujarat where a woman was tortured and harassed by her husband and in-laws. Reports inform that the victim has been identified as a 28-year-old woman, a resident of the Gota Housing Board Colony. According to a report by TOI, the woman filed a complaint at Sola police station against her husband, mother-in-law and sister-in-law. In her complaint, the woman alleged that they tortured her and demanded that she get gold from her father.

The TOI report informs that the woman got married in Kerala in the year 2019. In her complaint, she stated that things were good for a year but later her mother-in-law expressed suspicions about ‘her character’. Moreover, her husband also started torturing and harassing her. Dowry Claims Life in Delhi, Pregnant Woman Hangs Self After Being Beaten, Harassed by Husband for Dowry.

Describing her ordeal, the woman stated that when she was pregnant, her sister-in-law visited her house in Kerala where she abused and assaulted her. The victim said that her in-laws always pointed out that she had brought little in dowry. After she refused to ask anything from her father, she was assaulted by her husband and her sister-in-law.

As she was pregnant, the woman wanted to stay at her father's house and asked her husband to leave her there. After she delivered a baby girl, her husband visited her but whenever she called him, she was always abused and threatened.

(The above story first appeared on LatestLY on Jul 25, 2021 01:28 PM IST. For more news and updates on politics, world, sports, entertainment and lifestyle, log on to our website latestly.com).