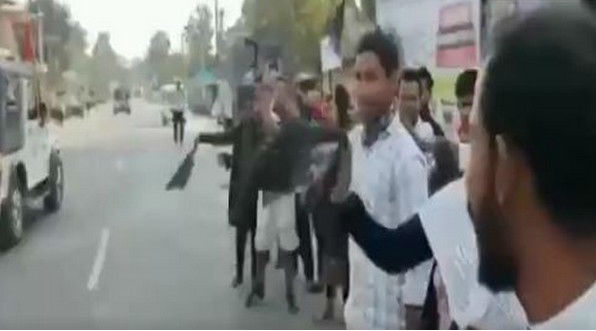 The chief minister had landed at Dibrugarh airport and was on the way to his hometown Chabua in the district to celebrate 'Bhogali Bihu' harvest festival with his family when a group of AASU activists rushed towards his convoy in Mohanbari Tiniali area, waving black flags and raising slogans against him and the Act. Anti-CAA Stir Reaches Mumbai's Wankhede Stadium, Fans Shunted Out For Wearing 'No NRC, NPR & CAA' T-Shirts During India vs Australia Match; Watch Video.

Police overpowered the protestors and prevented them from reaching the convoy. This is the second incident in a fortnight of anti-CAA agitators showing black flags to the chief minister.