British Airways to Introduce New A350 Aircraft on India Routes 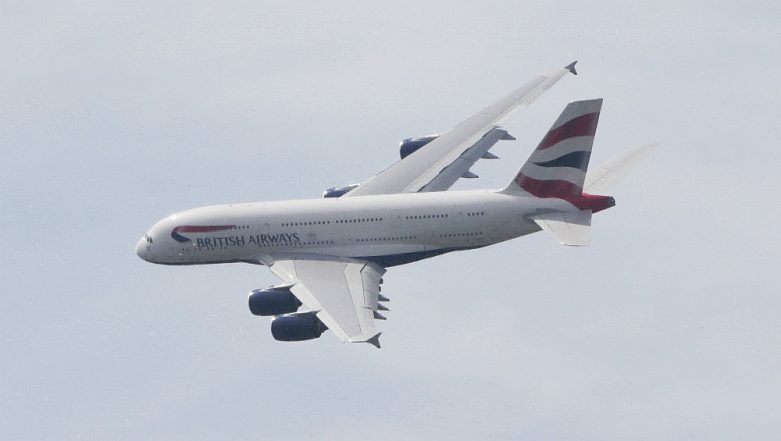 New Delhi, May 15: British Airways on Wednesday said that it will introduce its new Airbus A350 aircraft on India routes from later this year.

According to the airline, Bengaluru will be the first city in India, and just the fourth destination on the airline's worldwide network, to get the new A350 aircraft service. Airbus to Halt Production of Costly Double-Decker A380 Planes.

"We are delighted to welcome our new A350 aircraft in Bengaluru later this year, featuring our new 'Club Suite', which is one of the most exciting developments in our current 6.5 billion pound investment programme," said Moran Birger, Head of Sales, Asia Pacific and Middle East, at British Airways.