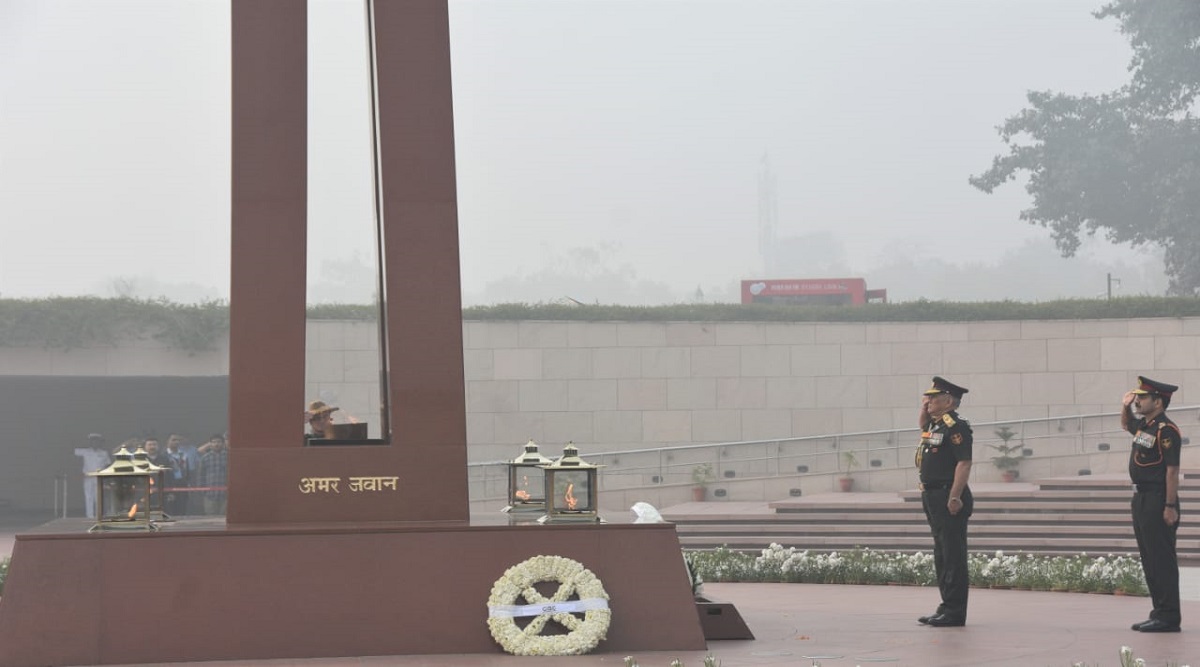 New Delhi, February 25: Chief of Defence Staff General Bipin Rawat paid tribute at the National War Memorial, on the first anniversary of the Memorial on Tuesday. The monument was dedicated to the nation by Prime Minister Narendra Modi on February 25, 2019. In a solemn ceremony, General Bipin Rawat and armed forces veterans lay wreaths and paid homage to the fallen soldiers.

A statement from the Ministry of Defence said, "The memorial is a fitting tribute by the grateful nation to its fallen heroes in the line of duty during various wars and internal security challenges since Independence." General Bipin Rawat Takes Charge As India’s First Chief of Defence Staff, Take a Glimpse of His New Look in CDS Uniform.

On first anniversary of #NationalWarMemorial, General Bipin Rawat #CDS along with #Veteran laid wreath at the memorial to pay homage to the bravehearts who made the supreme sacrifice while safeguarding sovereignty of the #Nation.#NationFirst pic.twitter.com/o0aJgZBLSF

"The events marking the first anniversary commenced on February 22, 2020, with a static band display by the three Services. A quiz competition, based on Indian military history, is also being held between February 24-25, 2020 in which students from various schools and colleges across Delhi are taking part," the press release said.