CET to be Conducted by National Recruitment Agency From September 2021 Onwards: Centre 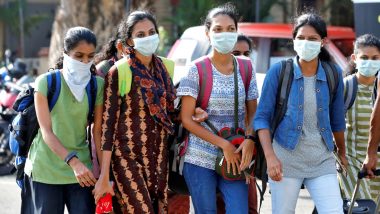 The Centre had, on August 18, announced that a common gateway test would be conducted for various central government jobs from next year. The decision was aimed at providing convenience to the candidates, who can appear for a single eligibility test rather than appearing for multiple exams.

The National Recruitment Agency was constituted by the Centre on August 28. The body will comprise of specialists who would conduct the online CET examinations to screen and shortlist the candidates for various central government jobs.

While the CET - that would be conducted online - would be used to shortlist the candidates, the main examinations for selection would be conducted by the respective agencies viz. Staff Selection Commission (SSC), Railway Recruitment Boards (RRBs) and Institute of Banking Personnel Selection (IBPS).

"The NRA expected to conduct Common Eligibility Test from Sept 2021 onwards to screen/shortlist candidates for jobs in Government sector for which recruitment is presently carried out through SSC, RRBs and IBPS," said a statement issued by the Ministry of Personnel, Public Grievances & Pensions.

"NRA will conduct only preliminary screening of candidates. The final recruitment will be done through domain-specific examinations/tests to be conducted by respective agencies- SSC, RRBs and IBPS," it further added.

(The above story first appeared on LatestLY on Sep 21, 2020 11:02 PM IST. For more news and updates on politics, world, sports, entertainment and lifestyle, log on to our website latestly.com).