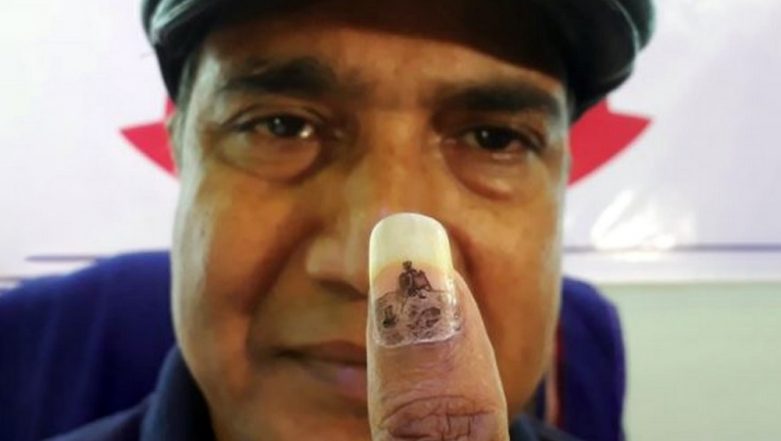 Siliguri, September 6: A micro artist from Siliguri, West Bengal, Ramesh Shah, has shown perseverance and patience by drawing a miniature painting of Chandrayaan-2's landing on the moon, on his thumbnail. Shah has become one of the forerunners of this art form in the world. He has also registered with one of the most significant memberships of the Guinness Book of World Record for his artistic treasures. Shah, being a micro artist, drew Chandrayaan-2's landing painting on his right thumbnail by utilising 15 to 20 mm nail space, and it took three days for him to complete the entire painting. Chandrayaan 2 Moon Landing: Vikram Lander to Touch Down on Moon's Surface Post Midnight; Here's What Will Happen After That.

"It would be a historic moment for India once the spacecraft makes a soft landing on the moon. Chandrayaan-2's Vikram lander will be landing, early on Saturday morning, near the South Pole of the moon's surface.

After this, India will become the fourth powerful country of the world to make a soft landing on the moon," said Shah. "I have made five world records by painting micro arts. I draw paintings related to prevailing world issues. I feel really good when I draw these miniature paintings," he added. Chandrayaan 2 Landing: Ahead Of Touchdown, Poet-Diplomat Abhay K Pens Moon Anthem.

Shah further congratulated Prime Minister Narendra Modi and space scientists ahead of Chandrayaan-2's landing. Micro Art is the most interesting and mysterious form of art in the world and it's one of the most challenging and tough forms of art.