Days after the arrest of G Rajagopalan, now suspended teacher of the PSBB School in Chennai, on charges of sexual harassment of his students, two more such cases have been registered. 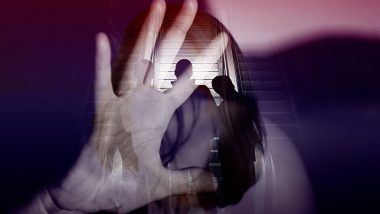 Chennai, May 29: Days after the arrest of G Rajagopalan, now suspended teacher of the Padma Seshadri Bala Bhavan School in Chennai, on charges of sexual harassment of his students, two more such cases have been registered in the city. According to reports, Chennai police's crime against women and children wing booked J Anand, a teacher of Maharishi Vidya Mandir Senior Secondary School in Chetpet , and P Nagarajan, an athletic coach who is a superintendent in the GST Commissionerate.

Anand was booked after his former students who allegedly faced sexual harassment flooded social media with posts narrating their ordeal. Students accused Anand of making abusive remarks and touching them inappropriately during classes. While the cops were reaching out to the survivors to record their statements, the school management said in a release that a committee had been formed to inquire into the charges made against now suspended Anand. Forced to Play by Teacher! Undergraduate Student Collapses During Basketball Game in Chennai, Dies.

In the third such case, a triple jumper accused 59-year-old Nagarajan, who is set to retire from service in about six months, of making sexual advances towards her and touching her inappropriately under the pretext of administering physiotherapy. After he was booked, Nagarajan reportedly attempted suicide by consuming sleeping pills. He is being treated at the Government Royapettah Hospital.

H Jayalakshmi, who is a Deputy Commissioner  in the crimes against women and children wing, has been assigned to investigate the case against Rajagopalan and the others. Police have urged people to come forward and register their complaints, and assured that their identities will remain secret. Jayalakshmi can be reached on her mobile phone number 9444772222.

(The above story first appeared on LatestLY on May 29, 2021 12:45 PM IST. For more news and updates on politics, world, sports, entertainment and lifestyle, log on to our website latestly.com).