A restaurant in Bengaluru has been ordered to pay Rs 55,000 to a customer after a dead cockroach was found afloat in a bowl of jamun. 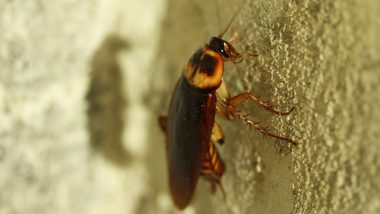 Bengaluru, October 6: A restaurant in Bengaluru has been ordered to pay Rs 55,000 to a customer after a dead cockroach was found afloat in a bowl of jamun. The incident involving Kamath Hotel in Gandhinagar area of Bengaluru had taken place in September 2016. In 2018, the district consumer forum had ordered the eatery owner to pay Rs 55,000 to the complainant, KM Rajanna. The restaurant appealed against the order, but Karnataka State Consumer Disputes Redressal Commission upheld the order in September this year. Pictures of a Dead Lizard In Vimal Pan Masala Go Viral on Social Media; Facebook User Asks For Ajay Devgn's Number Online.

Rajanna, a lawyer by profession, and his friend visited Kamath Hotel on September 15, 2016. They ordered dosas and jamuns. According to a report by Times of India, Rajanna had found a dead cockroach floating in the bowl of jamuns. When he started clicking pictures of the dish, the waiter who served had tried to snatch his mobile phone, triggering chaos in the restaurant, the report said. Chinese Man Found With 5-Inch-Long Worm Living Inside His Brain Since 17 Years, Doctors Say Infection Caused Due to Eating Raw Frogs And Snakes.

Following the incident, Rajanna lodged a complaint with the police and approached the district consumer forum seeking action against Kamath Hotel. The owner did not respond to legal notice served in 2018. As a result, the judges of the consumer forum asked the eatery to pay a compensation of Rs 50,000 to Rajanna for deficiency in service, apart from Rs 5,000 towards his litigation expenses.

Representatives of Kamath Hotel appealed against the order in Karnataka State Consumer Disputes Redressal Commission. They claimed they were not aware of the case against them in the district consumner forum and learnt about it only after the notice to implement the verdict reached them. They denied the allegation that their waiter had attacked Rajanna.

However, judges did not agree and pointed out that a police case was registered in this regard. They noted the restaurant remained ex-parte despite legal notice was issued. Thus, the order of the district consumer forum was upheld on September 24.

(The above story first appeared on LatestLY on Oct 06, 2021 03:40 PM IST. For more news and updates on politics, world, sports, entertainment and lifestyle, log on to our website latestly.com).