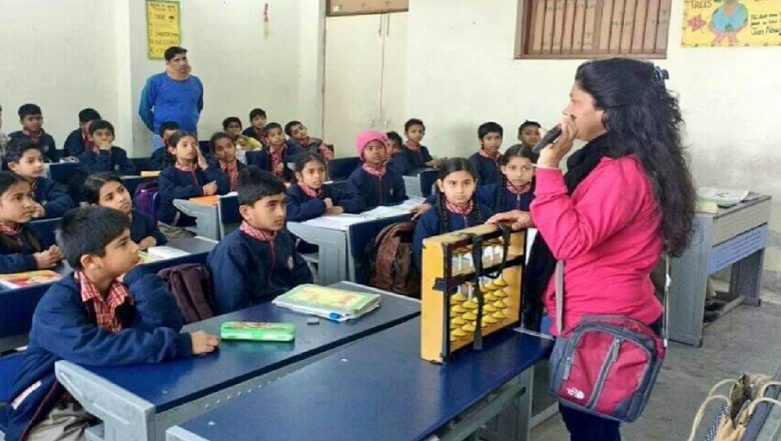 New Delhi, Jul 11: The National Human Rights Commission (NHRC) on Thursday issued a notice to the Delhi government in connection with an injury suffered by a 14-year-old student when a ceiling fan fell on his head in a classroom in an east Delhi school.

According to media reports, the uncle of the injured student has alleged that no teacher or the principal of the school accompanied the boy to the hospital after the incident on Wednesday. Delhi Government Include Chapter on Dr B R Ambedkar in School Syllabus.

The commission said that the media reports on the case raise serious issue of violation of human rights. The NHRC has issued a notice to the chief secretary of Delhi calling for a detailed report in the matter within four weeks.

It has also directed the chief secretary to ensure that the best treatment is provided to the injured student and authorities concerned are sensitised to conduct a survey at all the government schools to identify and rectify such unsafe fixtures and fittings immediately so that such incidents do not recur in future.

"The incident is shocking, giving true picture of the state infrastructure and maintenance of the government-run schools in Delhi. It is also disheartening, as reported in the media, that no teacher from the school accompanied the victim student who was seriously injured," the NHRC said.

The commission said even though, first aid was provided to the student in the school, it would have been appropriate to depute any of the teachers or regular staff of the institution to ensure proper medical care to the student and to provide moral support to his family members.