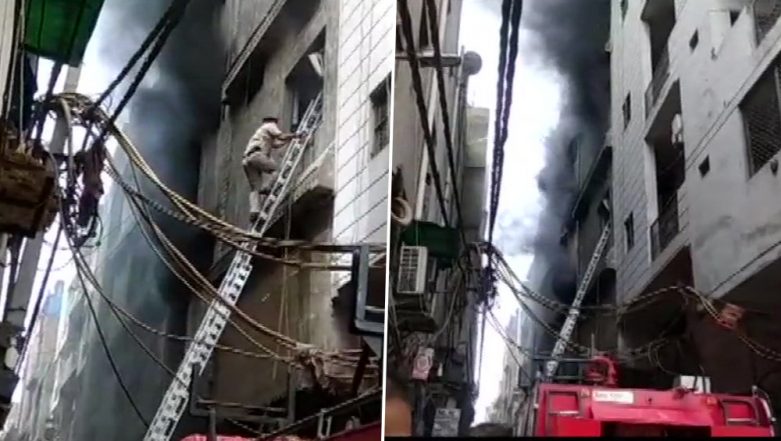 New Delhi, July 13: At least three people were killed after fire broke out in a rubber factory in the national capital on Saturday. According to a tweet by ANI, the blaze was reported from Jhilmil industrial area in Delhi at 9 AM. As soon as the incident was reported, a total of 26 fire tenders were rushed to the spot. The cause of the fire is yet to be ascertained. Deputy Commissioner of Police (Shahdara) Meghna Yadav said two women and a man died in the fire. The information about the blaze was received at 9.25 am and 31 fire tenders were rushed to the spot, a fire official added. Delhi: Fire Breaks Out in NDMC Building at Connaught Place, Firefighters at Spot.

On Friday, a minor fire broke out in the operation theater of ESI Hospital in west Delhi’s Basai Darapur. The fire fighters managed to evacuat seven patients to safety. Earlier this month, a fire broke out in a building housing the office of the Directorate General of Health Services (DGHS) in east Delhi's Karkardooma area on Friday, Delhi Fire Service (DFS) officials said.