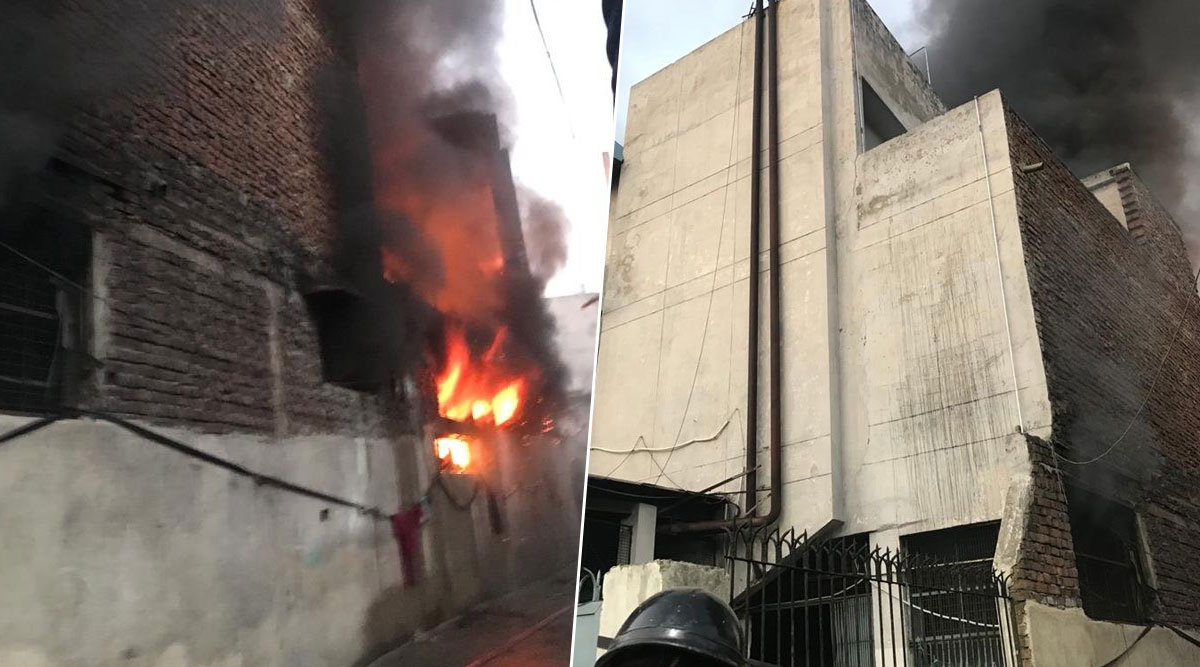 Delhi, January 11: In yet another incident, a major fire broke out in a shoe manufacturing factory at Delhi's Mayapuri Phase-2 on Saturday, January 11. According to an update by news agency ANI, twenty tenders are at the spot and attempts are being made to douse the fire. Till the time this news was published, no injury or casualty was reported. Delhi: Fire Breaks Out in Slums in Sarai Rohilla Near Liberty Cinema, 4 Fire Tenders Reach Spot.

On Thursday, a person died in a fire that broke at a paper printing press in Delhi. As soon as the incident was reported, 35 fire tenders were pressed into action. Yesterday, the blaze was also reported in the slums in Sarai Rohilla, near Liberty Cinema. Delhi Fire: One Dead After Massive Blaze Engulfs Printing Press in Patparganj Industrial Area.

Delhi: Fire breaks out in a shoe manufacturing factory in Mayapuri Phase-2. 20 fire tenders have rushed to the spot. No causality reported till now. pic.twitter.com/tndvznmzjR

Recently, there was a massive fire in a factor in Peeragarhi area of the national capital, in which part of the building collapsed after an explosion. In the incident, a firefighter lost his life and 14 others were injured. Last month, nine people died in a fire incident in outer Delhi's Kirari area.