The two accused, Arun (26) and Varun (22), who lived in the victim's neighbourhood in Gamri village, were arrested by the crime branch of the Delhi Police on March 11. They were identified on the basis of video clippings as well as by locals and eyewitnesses, officials said. 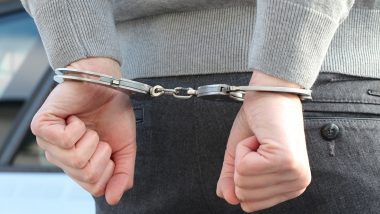 The two accused, Arun (26) and Varun (22), who lived in the victim's neighbourhood in Gamri village, were arrested by the crime branch of the Delhi Police on March 11. They were identified on the basis of video clippings as well as by locals and eyewitnesses, officials said. Delhi Violence: 712 FIRs Registered, More Than 200 Arrested So Far, Says Police.

The woman, Akbari, was trapped inside her home when a mob set it ablaze on February 25. Her body could be retrieved around 10 hours later when the fire brigade managed to bring the blaze under control, police said. Akbari died of suffocation. She could not reach on top floor of the house where her other family members managed to rush, they said.

According to the woman's son, the complainant, he had gone to get milk from a nearby shop around 11 am of February 25, when he received a call from his son Asif informing him that a huge crowd had assembled near his house in support of the NRC and the amended Citizenship Act.

The complainant ran a garment workshop on the ground and first floor of the four-storey building, while his family lived on the other floors. The crowd barged into the house and set it on fire. the complainant's family members and 10 employees rushed to the top floor of the house but his 85-year-old mother, who was on the second floor could not, a senior police official said.

He said the other family members and workers of the complainant were rescued from the roof following a timely rescue operation by the police with help of locals. Rs 8 lakh cash, a box of gold and silver ornaments and other valuable articles were also looted by the mob, the police official said.

During investigation, two mobile phones, including one of complainant, were seized as technical evidence. The accused were produced before the court which sent them in police remand for two days, police said, adding they were being interrogated in order to nab the other accused. Delhi Violence: Rs 10 Lakh Compensation For Houses Totally Burnt, Rs 5 Lakh For Charred Schools With 1000 Students Enrolled, Announces AAP Govt.

The violence in northeast Delhi last month claimed 53 lives and left over 200 injured. The riots were triggered by clashes between those protesting the Citizenship Amendment Act and those supporting it.