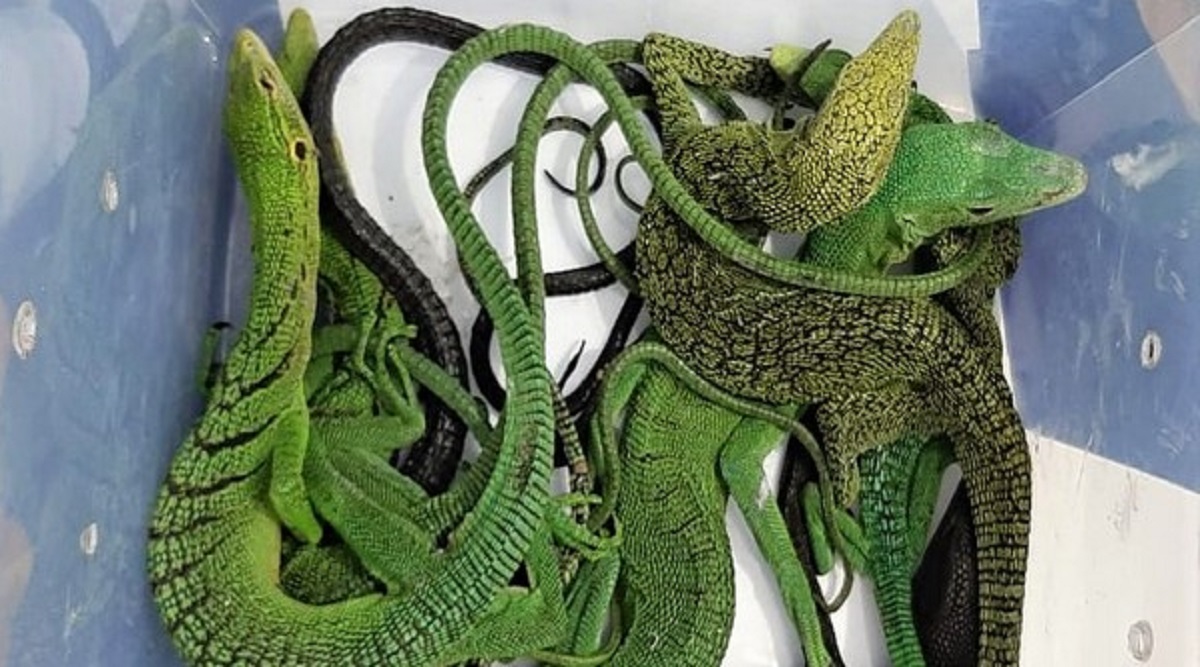 Chennai, October 10: Exotic reptiles including juvenile pythons were recovered from two air passengers who arrived at the airport here from Malaysia on Thursday. The action came in the wake of customs officials maintaining vigil after receiving a tip off that wild animals are likely to be smuggled from Kuala Lumpur, an official release here said.

Officers of Air Intelligence Unit (AIU) noticed two male passengers moving in a suspicious manner upon their arrival from Kuala Lumpur and kept a close watch on them, it said. When the duo was intercepted and questioned, they were evasive in their replies following which their stroller bags were examined. World Snake Day 2019: Five Exotic Serpents You Can’t Unsee, View Pics.

A total of seven reptile species including green tree python and Blue Spotted tree monitor were found concealed in their bags. The duo told the investigators the snakes and lizards were handed over to them by someone outside Kuala Lumpur airport and were asked to give it to someone here.

Around 15 reptiles were recovered from the two. Later, a team of veterinary doctors inspected and found the reptiles to be in 'healthy' condition. "Both the passengers were detained. The seized reptiles being exotic species will be sent back to Kuala Lumpur," it added.