A woman in Farrukhabad district of Uttar Pradesh called off her wedding citing dark complexion of the groom. 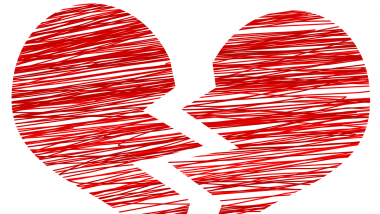 Farrukhabad, July 16: A woman in Farrukhabad district of Uttar Pradesh called off her wedding citing dark complexion of the groom. The woman's decision shocked the groom who then alerted the police. The woman's relatives tried to convince her, but she refused to budge. Eventually, the groom, his family and baraatis returned empty-handed to their native place. Uttar Pradesh: Bride Calls Off Wedding in Pratapgarh After 'Drunk' Groom And 'Baraatis' Misbehave With Her.

The groom, a native of Gursahaiganj area of Kannauj, came to Sarpalpur village for the wedding. The "jaimaal" ceremony took place and his would-be-wife also joined happily. However, later the bride went inside her room and told her family and friends that she won't marry. She reportedly cited the groom's dark complexion and said he was not handsome enough for her. Bareilly Woman Calls Off Her Wedding After Groom Breaks Into 'Nagin Dance' in Drunken State, Misbehaves With Her Family.

"As soon as the to-be groom, a native of Gursahaiganj area of Kannauj was apprised that the woman had refused to marry him, he alerted local police, who approached the bride’s family members asking them to convince her, but the woman refused to budge saying that she would not at all marry a dark complexioned man," Kotwali police station incharge Acchey Lal Pal told TOI.

The groom's family sought help from the police. But, cops asked for a written complaint. They did not lodge any formal complaint. The groom, his family and other guests went back at last and the wedding did not take place.

(The above story first appeared on LatestLY on Jul 16, 2021 02:16 PM IST. For more news and updates on politics, world, sports, entertainment and lifestyle, log on to our website latestly.com).