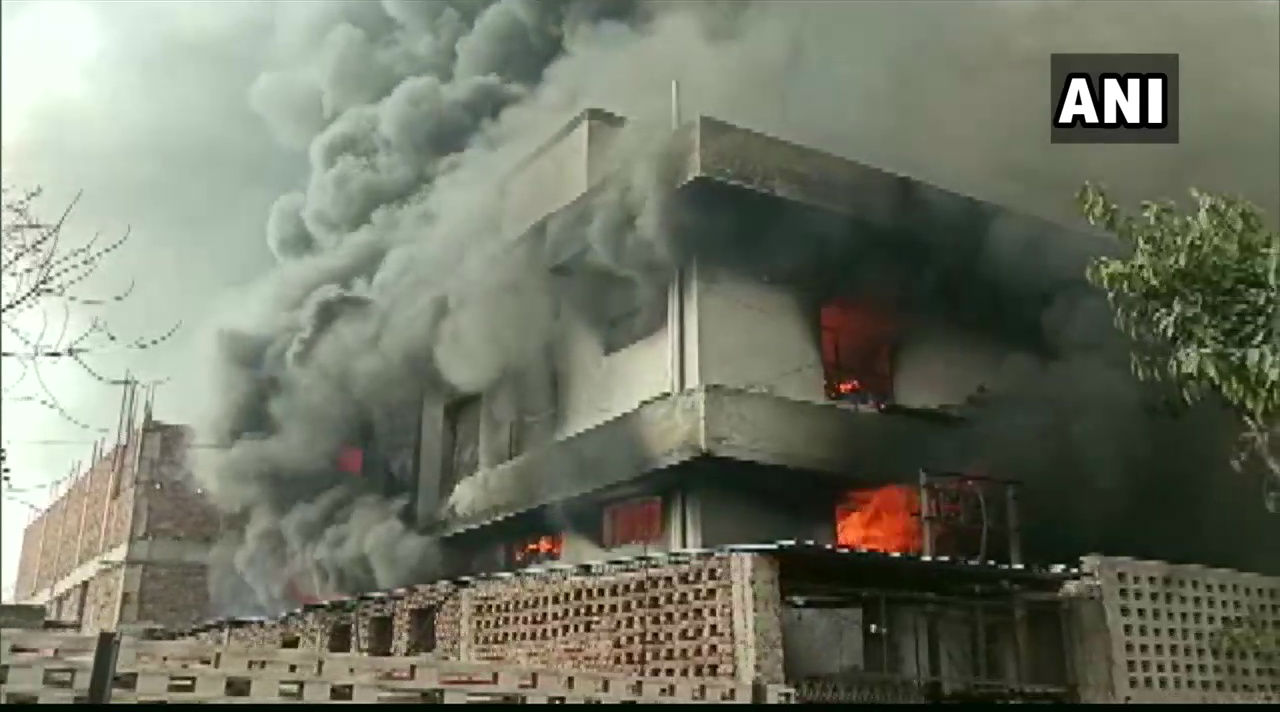 Chandigarh, February 28: Four labourers were killed and 28 others injured on Friday in a blast at a chemical factory in Haryana's Bahadurgarh town on the outskirts of Delhi, officials said.

The blast took place at the factory in MI Industrial area on Friday after which three buildings opposite to it caught fire and two others adjacent to it collapsed, Jhajjar Deputy Commissioner Jitender Dahiya told PTI over phone here. Thane: Fire Breaks Out at Terrace of Under-Construction Building in Naupada.

Dahiya said those killed in the blast are all labourers and the injured, one of them seriously, have been hospitalised. Among the injured are five children and 12 women, he said. He said Chief Minister Manohar Lal Khattar has announced an ex-gratia of Rs 2 lakh for the next of kin of the deceased.

Haryana: 3 people died, 26 injured after a fire broke out due to an explosion in the boiler of a chemical factory in Jhajjar's Bahadurgarh industrial area earlier today. pic.twitter.com/q9DBUuxYOp

The police official said firefighters brought the blaze under control.

A team of the National Disaster Response Force (NDRF) and the district administration are making efforts to clear the debris of the buildings, he said.

He did not rule out the possibility of finding more bodies once the debris are cleared. Dahiya said the cause of the blast has not been ascertained so far.

Bahadurgarh town is in Jhajjar district.