Madhya Pradesh: Woman Held For Eloping With Teenage Girl And ‘Marrying’ Her 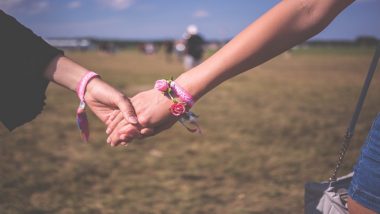 Guna, June 27: A 20-year-old woman was arrested for allegedly eloping with her minor partner and "marrying" her at Guna town in Madhya Pradesh, police said on Saturday. The matter came to light, when a resident of Budhe Balaji area approached the Kotwali police station on Monday with a complaint that his 17-year-old daughter had gone missing, additional superintendent of police T S Baghel said.

On investigation, it was found that a relative from a village Shivpuri district, who was living with the family, was also missing, he said. A team was sent to the village and the duo was caught on Friday, the official said, adding that the woman had married the minor, who claimed that she had eloped of her own volition. Gujarat: Man and Woman From Surat Elope for Second Time After a Month of Returning to Their Homes.

The woman was arrested under relevant sections of the Indian Penal Code and Protection of Children from Sexual Offences (POCSO) Act, while the minor was sent back to her family after counselling.