Sources from the police said that Charoh was addicted to alcohol and used to bully Medak and force him to do the housework. 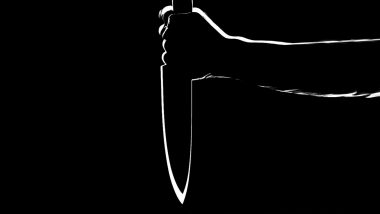 Navi Mumbai, May 22: A 27-year-old man was arrested by the Turbhe MIDC police for allegedly stabbing his 20-year-old roommate after a fight over cleaning the room. Police officials said that the accused identified as Manoj Pulvanath Medak stabbed his friend on the neck and killed him on Friday night.

According to a report in the Hindustan Times, the accused and the victim identified as Debajit Dhandhiram Charoh, were both from Assam. Cops said that the two stayed in a rented room in Mahape village and worked as lab boys at a company in Mahape. Rajasthan Shocker: Man Claims Wife Gang-Raped in ICU; Woman Refutes, Says Hubby, Hospital Staff Raped Her.

Sources from the police said that Charoh was addicted to alcohol and used to bully Medak and force him to do the housework. A few days ago, the duo had an argument over cleaning the house.

"They always argued over trivial matters. Charoh would always be drunk after work and ask Medak to do the household chores. This time, during the fight, Charoh threw a wooden plank at Medak. Medak got angry and stabbed Charoh on the neck with a kitchen knife. Charoh was critically injured and rushed to a municipal hospital by his other friends. He was declared dead on admission," a police officer from Turbhe MIDC police station said.

The accused, who was arrested after the incident has been remanded in police custody for five days.

(The above story first appeared on LatestLY on May 22, 2022 07:29 PM IST. For more news and updates on politics, world, sports, entertainment and lifestyle, log on to our website latestly.com).