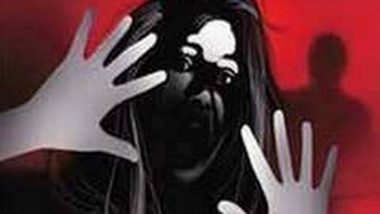 Jaipur, May 22: In a complex case for police, a man has lodged a complaint with police and health authorities in Hanumangarh stating that two male nurses raped his wife while she was undergoing treatment in the Intensive Care Unit (ICU) of the hospital few days ago.

However, the woman refuted the claims of his husband and instead has accused him of planning her rape by the two male nurses. Police registered a case on Friday and initiated investigations into the matter. Rajasthan Horror: 14-Year-old Girl Gang-Raped in Nagaur, 5 Booked

According to Times of India, the man, in his complaint stated that his wife was admitted to the community health centre (CHC) of Peelibanga after she consumed poison. “She was shifted to the ICU after her condition deteriorated where two male nurses during night hours threw her outside and raped her. Next morning his wife said that she should be discharged from the hospital else the authorities will kill her,” said a senior officer of Hanumangarh police. Bhopal Shocker: 30-Year-Old Married Woman Allegedly Raped, Blackmailed by Former Friend; Case Registered

On May 16, when the family of the woman arrived at the hospital, the woman said her husband and male nurses raped her.

Police have gone through the CCTV footage of the hospital and they were yet to record the statements of the woman. “It appears to be some dispute between husband wife. Whatever is the case we will look into it deeply,” the officer added.

(The above story first appeared on LatestLY on May 22, 2022 12:59 PM IST. For more news and updates on politics, world, sports, entertainment and lifestyle, log on to our website latestly.com).