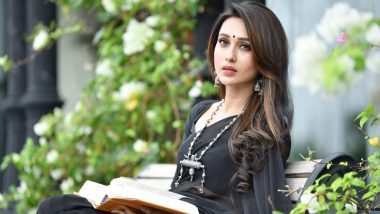 Yesterday, Mimi had a round of profuse sweating and started feeling unwell after which medical help was provided. Speaking to News18 Bangla, her doctor said: "She already has gall bladder and liver-related problems." Mimi and several others were administered "vaccines" at a fake vaccination camp in Kolkata. It remains unclear whether the jabs given to her and others were genuine.

The matter came to light when the TMC MP lodged a complaint with the Kolkata Police alleging that a man was running a fake vaccination centre in Kasba area in Kolkata on Wednesday. She said she was invited at the camp by a man who posed as an IAS officer. "He said that he was running a special drive for transgenders and specially-abled persons and requested for my presence," Mimi said after lodging complaint.

"I took Covishield vaccine at the camp to motivate people for taking jabs. But I never received a confirmation message from CoWIN," she said, adding that she had got suspicious when she did not received any official confirmation regarding vaccination after taking the vaccine from the camp. Soon after her complaint, police arrested one Debanjan Dev, who allegedly pretended to be an IAS officer and supervised thousands of vaccinations at the camp.

Cops are currently investigating what was administered to Mimi and others in the name of COVID-19 vaccines at the fake vaccination camp. According to a report by IANS, which quoted officials from the Kolkata Municipal Corporation, preliminary investigations suggest the fake vials either contained plain water or some other vaccine.

(The above story first appeared on LatestLY on Jun 26, 2021 02:43 PM IST. For more news and updates on politics, world, sports, entertainment and lifestyle, log on to our website latestly.com).