The Mumbai Police has denied permission to annual Queer Azaadi Mumbai Pride March, also known as Peer Pride March, which was scheduled for February 1 at Mumbai's August Kranti Maidan, Humsafar Trust said. The LGBTQIA+ member will now gather at Azad near the Chhatrapati Shivaji Maharaj Terminus station, but not conducted the planned march. 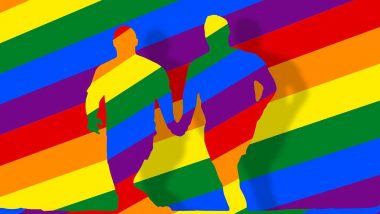 The information was shared the Twitter handles of LGBTQ activist Harish Iyer and Queer Azaadi Mumbai (Mumbai Pride). Harish also asked help from Maharashtra Chief Minister Uddhav Thackeray and Tourism Minister Aaditya Thackeray explaining that the march is happening since 2008. Five Facts About the Bisexual People From the LGBTQ Community That You Didn’t Know of But Should!

Humsafar Trust: Mumbai Police has denied permission to LGBT community to take out their 11th Pride march in Mumbai

As per the police statement, the permission has been denied due to political situation prevailing in the city in view of Citizenship Amendment Act (CAA), National Register of Citizens (NRC) and National Population Register (NPR) protests.

The Pride March is held every year in Mumbai and usually begins from Gowalia Tank (August Kranti Maidan) ending at Girgaum Chowpatty. The participants of the march include LGBTQIA community members as well as their "straight allies" from all over India.

(The above story first appeared on LatestLY on Jan 29, 2020 05:38 PM IST. For more news and updates on politics, world, sports, entertainment and lifestyle, log on to our website latestly.com).