Datta Gavde, senior police inspector said, "The couple often had fights over the property. Mohamad wanted to sell it but Nilofar didn’t, as she wanted to keep it as a safeguard for her three children’s future." 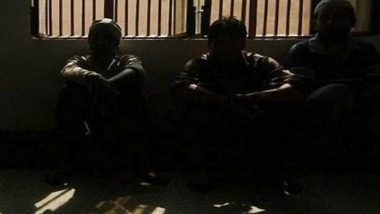 According to a report in the Hindustan Times, the sister-in-law died in hospital. The police arrested the accused after the incident came to light. The accused was identified as Mohammed Rashid Shaikh (50), a resident of Masjid Bandar. Police officials said that Shaikh has been married to Nilofar since the last 30 years. Mumbai Shocker: Man Kills Pigeons, Sells Its Meat to Restaurant To Be Served As Chicken; Eight Booked.

An officer said that since a long time, Shaikh asked his wife for a divorce and also pronounced talak several time. However, Nilofar refused to budge. She was staying at her mother's place till the last month. Cops said that Shaikh, who worked for many years in Dubai was removed from work after being diagnosed with cancer,

After coming back to the city, he struggled to get a job. Officials also said that Shaikh's savings got over in his cancer treatment and was left with his house located in Jogeshwari. Datta Gavde, senior police inspector said, "The couple often had fights over the property. Mohamad wanted to sell it but Nilofar didn’t, as she wanted to keep it as a safeguard for her three children’s future."

He further added, "She gave it out on rent instead, which Mohamed did not want. When Mohamad pronounced talak, she went to her mother’s house with all the property documents." Recently, Shaikh reached his in-laws place and demanded the property papers. When Nilofar, Shaikh got violent. Mumbai Shocker: Madrasa Teacher Hits Minor Girl With Curtain Rod After Students Refuse To Stop Talking During His Class in Andheri; Booked.

(The above story first appeared on LatestLY on Nov 30, 2022 07:45 PM IST. For more news and updates on politics, world, sports, entertainment and lifestyle, log on to our website latestly.com).