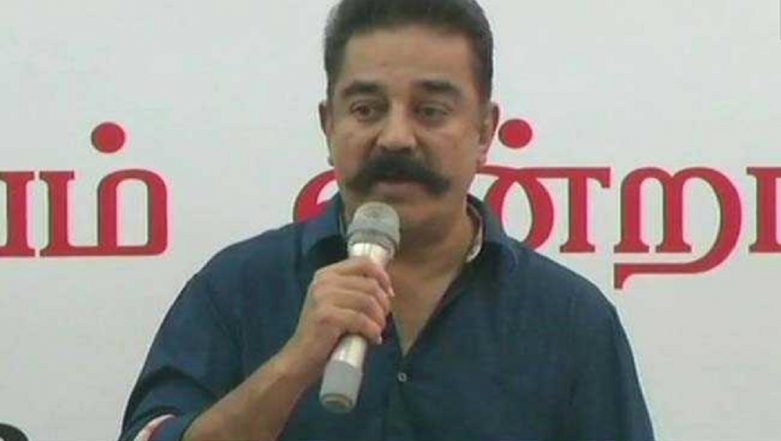 Madurai, May 15: After hitting controversy for “free India’s first extremist was a Hindu” remark, actor-turned-politician Kamal Haasan on Wednesday said that he has only spoken "historical truth." Makkal Needhi Maiyam chief also asked its critics to make “valid allegations”, if he could serve to only one section of people after entering active politics. Kamal Haasan Calls 'Hindu' Nathuram Godse Independent India's First Extremist.

“They got angry for what I spoke at Aravakurichi. What I spoke (there) is a historic truth. I did not lure anyone to a brawl,” Haasan said while campaigning in Tirupurankundram near Madurai. “Understand the meaning for the word extremist. I could have used the word terrorist or murderer (against Godse)… ours is active politics, there won’t be any violence,” he added.

The Tollywood superstar also alleged that his speech was edited and also asked his detractors to show instances in his speech which could incite violence and said the accusations had hurt him. “They are saying I hurt Hindu sentiments. There are so many Hindus in my family. My daughter is a believer,” he said. Kamal Haasan Calls Nathuram Godse India’s First Hindu Terrorist: Political Expediency At Its Worst?