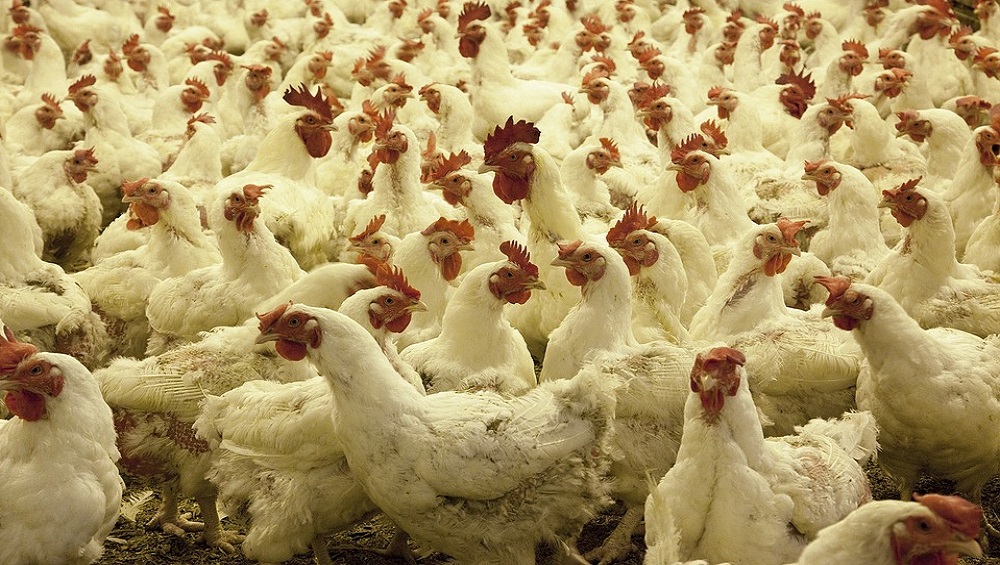 Hyderabad, February 14: Several districts in Andhra Pradesh are on high alert following the outbreak of Very Virulent Newcastle Disease (VVND) in a poultry farm in parts of the state. The Newcastle disease is a highly contagious viral disease, which majorly affects domestic poultry apart from caged and wild birds. The VVND is not a new disease but its sudden outbreak has caused panic among poultry farmers in the Godavari belt because it normally does not hit commercial poultry farms. The farms were protected all these years by vaccinating the birds against the infection. According to a report by TOI, the disease has widely affected East and West Godavari districts of the southern state, killing over 2,500 birds. Apart from chicken, thousands of country fowl have been affected, of which hundreds have died in the last few days.

The report states that there are chances of the virus spreading to country fowls even if they are vaccinated as the disease is transmitted through air. This time, the disease has hit a commercial farm causing concern among health authorities. The animal husbandry department in the state is taking up vaccination on a large scale in the Godavari districts. Reports inform that Andhra Pradesh houses 1.80 crore commercial layer chickens in East Godavari district, besides 50 lakh broiler birds. Rajasthan: Thousands of Migratory Birds Die Mysteriously in Sambhar Lake Near Jaipur.

According to TOI, Animal husbandry joint director Dr NT Srinivasa Rao was quoted saying that the virus was noticed in a poultry farm Baduguvani Lanka village in East Godavari where about 2,500 broiler chickens died. Rao said that the virus spreads fast and the whole farm is affected even if one bird is infected. He added saying that the animal husbandry department vaccinates country fowls regularly to prevent the spread of the virus.

The report adds that Yerubandi Prasad, who is the farmer of the affected poultry farm in East Godavari, took the dead birds to a vet, who declared the cause of mortality as VVND. Prasad said he had lost birds worth several lakhs of rupees in a couple of days.

What is the Newcastle Disease and How it Affects Birds

The Newcastle Disease or the Very Virulent Newcastle Disease (VVND) is a highly contagious viral infection that affects many species of domestic and wild birds. The disease is a contagious viral disease of birds and considered one of the most imp domestic and wild birds can be affected by Chickens are very susceptible to the disease along with Turkeys, ducks, geese, as well as parrots, pigeons. The disease can result in digestive, respiratory and/or nervous clinical signs. Severe forms of the disease are highly fatal. The only reason to prevent the spread is to avoid your birds from becoming exposed to infected birds.

The disease is spread usually by direct physical contact with infected or diseased birds. The virus is present in manure and is breathed out into the air. Reports inform that Newcastle Disease virus does not affect humans in the same way that it does birds but it can cause conjunctivitis in humans. The Newcastle disease first came to international attention in Newcastle on Tyne, England, in 1926 and hence has been named after it.

In January 2020, the Odisha government began the culling of chicken after confirmation of avian influenza or bird flu in the poultry farms of Odisha University of Agriculture Technology (OUAT). Reports inform that about 1500 birds had died in the farm and they were buried deep inside the ground.