In one of the cases, a Twitter account which was initially @pak_fauj had changed it to @SayyindaMona and used profile picture of an Arab Mona Bint Fahd Al Saeed @MonaFahad13. Hundreds of bots were liking and retweeting this handle's anti-India content. 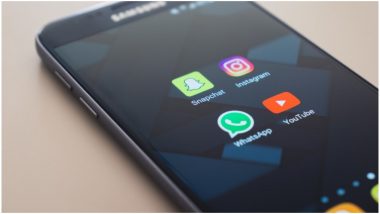 New Delhi, April 23: Pakistan has been running social media propaganda against India using fake Arab, Christian and Hindu identities to target Prime Minister Narendra Modi's government. Security agencies and independent social media users after investigation found that the recent hashtags like Islamophia in India on Twitter, were mostly sourced to bots, trolls and people in Pakistan. The idea was to bombard social media with content to generate anti-Modi sentiment in Gulf countries and create a wedge between India and its allies in the Middle East, sources said.

In one of the cases, a Twitter account which was initially @pak_fauj had changed it to @SayyindaMona and used profile picture of an Arab Mona Bint Fahd Al Saeed @MonaFahad13. Hundreds of bots were liking and retweeting this handle's anti-India content. Indian Intelligence Identifies Over 5,000 Pakistani Social Media Handles Spreading Fake News on CAA 2019.

A social media influencer Anshul Saxena exposed how a Facebook page, Classified Journal Post (CJ Post) with thousands of subscribers including many Indians, is run by Pakistan. The CJ Post usually posts propaganda videos and falsehoods to incite different communities against each other with an objective to disintegrate India into independent Kashmir, Khalistan, Dravidistan etc.

It frequently targets Brahminism with an agenda to fuel anti-Brahmin sentiments within Indian society. All the videos are hosted by White Caucasian women anchors. After Saxena scanned all their accounts across social media platforms, it turned out that the earliest posts were only about Pakistan and mostly in Urdu language. At some stage, all the CJ Post handles on Facebook, Instagram and Twitter switched to global news. However, the accounts changed the content after the Modi government came to power, targeting India.

CJ Post hired anchors from a website called Fiverr, where people charged $10 to 50 UK pounds or so to read out a script of the client, on phone camera or desktop using a video maker. Feverr's Spokesperson Videos' section provides customizable anchors in different gender, color, age categories. The anchors can make videos from their homes in their respective countries. The videos are then sent to their customers via internet.

These attempts at disinformation against India on social media are not new. The Pakistani ISI is known to have been running social media propaganda against India over Kashmir. Thousands of handles pretending to be Hindus try to incite Muslims in Kashmir and the rest of India, using fake news about human rights violations committed by Indian security forces. Many bots post communal content against Muslims with an aim to incite communal violence.

(The above story first appeared on LatestLY on Apr 23, 2020 05:35 PM IST. For more news and updates on politics, world, sports, entertainment and lifestyle, log on to our website latestly.com).