"Some of prominent Pakistan personalities are also sharing the information through their private handles. These handles are very active for the last 48 hours," said a source in the security establishment. 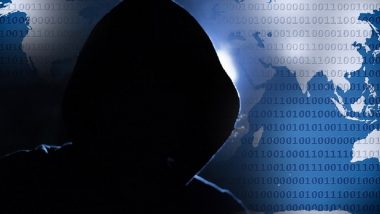 New Delhi, December 16: Security and intelligence agencies in India have identified and traced more than 5,000 Pakistan-based social media handles actively spreading fake and false propaganda on Citizenship Amendment Act 2019. Some of them are using "deep fake videos" of protests to incite communal violence in the country. "Some of prominent Pakistan personalities are also sharing the information through their private handles. These handles are very active for the last 48 hours," said a source in the security establishment.

Sources said that even Arif Alvi, the President of Pakistan, is tweeting curated deep fakes. He tweeted: "Of the many messages coming from India, I am just tweeting this message. The girl is crying at police brutal violence inside a mosque at Delhi's Jamia Millia. Prime Minister Modi's fascist Hindutva government is at war with Muslims." Anti-CAA Protests: Holiday Declared in All Schools in Jamia, Okhla, New Friends Colony and Madanpur Khadar Amid Tension at Jamia Millia Islamia University.

It was immediately refuted by Indian security forces after it came to their notice. The agencies have also made a complete list of such social media handles and have informed the social media platforms.

Seeing the way Pakistan is pushing false propaganda to create unrest across India, the security establishment's social media units are working to contain the damage. The Ministry of Home Affairs and the local police have started appealing to the people to avoid fake tweets and false propaganda of Pakistan. The MHA has issued an advisory to states and Union Territories to act against fake news and rumours on social media having potential to incite violence.

(The above story first appeared on LatestLY on Dec 16, 2019 10:04 PM IST. For more news and updates on politics, world, sports, entertainment and lifestyle, log on to our website latestly.com).