Three policemen were seriously injured after a bomb, produced as evidence, exploded in a Patna court on Friday afternoon. 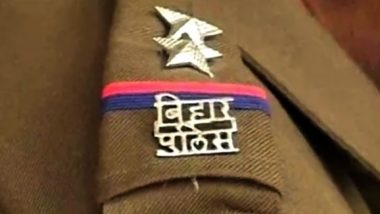 Patna, July 1: Three policemen were seriously injured after a bomb, produced as evidence, exploded in a Patna court on Friday afternoon.

Patna police recovered the bombs recently from a hostel and brought them to the civil court to present before the judge as a proof against the accused. However, the bomb exploded soon after it was put on a table in the court.

Sub-Inspector Umakant Rai and two other personnel of Agam Kuan police station were injured in this incident as they were in close proximity. Bihar: In Extortion Bid, 4 Goons Set Petrol Pump Afire in Gaya District.

Following the explosion, SSP Manavjeet Singh Dhillon and officials of Pirbahore police station reached the court and sealed the area. The dog squad and bomb squad immediately reached in the court, along with forensic experts, and started the investigation.

The Patna police has not given an official statement about the incident so far.

(The above story first appeared on LatestLY on Jul 01, 2022 05:47 PM IST. For more news and updates on politics, world, sports, entertainment and lifestyle, log on to our website latestly.com).