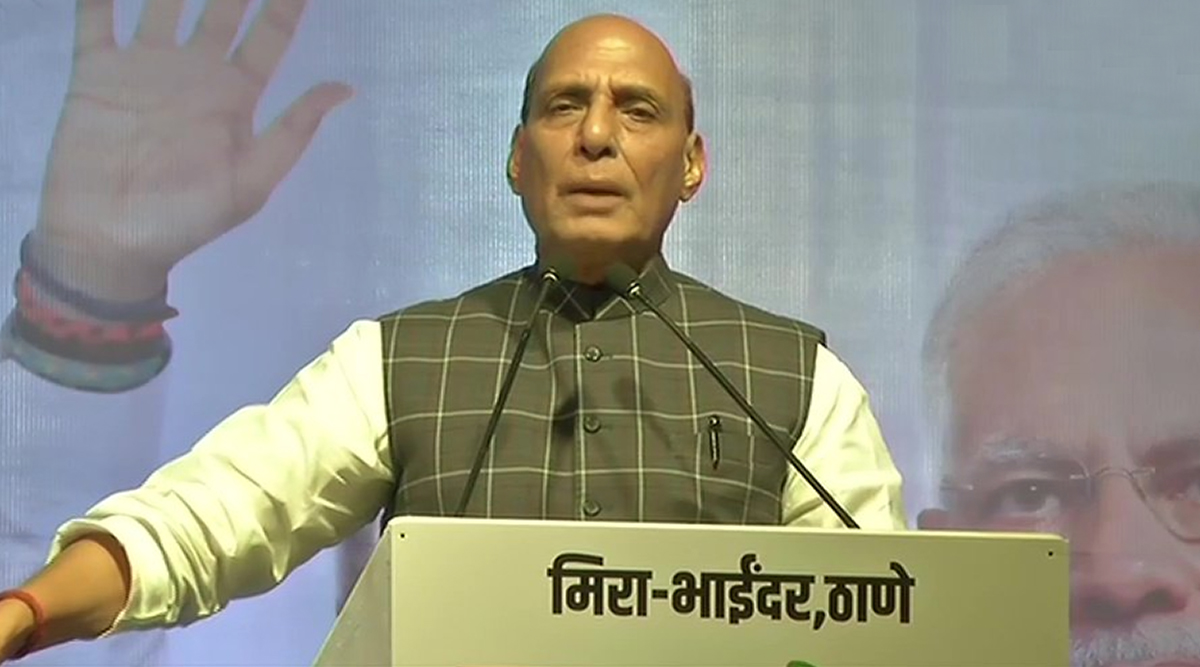 New Delhi, February 17: Defence Minister Rajnath Singh hailed the Supreme Court verdict allowing the permanent commission for women officers in the armed forces. The judgment, issued by the top court on Monday, cleared the decks for the setting up of permanent women commission, along with making female personnel eligible for command postings. Supreme Court Directs Centre to Grant Permanent Commission to Women Officers.

Rajnath, while lauding the court order, said the Narendra Modi-led dispensation has always been supportive of women to take lead role in combat. He credited the Prime Minister for changing the Centre's policy on permanent commission for women officers, as was announced by him in August 2018.

"I wholeheartedly welcome Supreme Court’s judgement on giving Women officers permanent commission in Armed Forces. PM Modi has supported the idea of permanent commission for women and announced change in policy in his Independence Day speech in 2018," the Defence Minister said.

"A historic decision to allow women in field operations cam earlier when the then defence minister Ms Nirmala Sitharaman announced that women will be inducted into the Military Police. The recruitment process has started in 2019," he further added.

Before 2016, women made up just 2.5 percent of India's armed forces, working in mainly non-combat roles.

Senior BJP lawmaker Meenakshi Lekhi, who represented women officers in the Supreme Court, also hailed Justices DY Chandrachud and Ajay Rastogi for passing the historic order. "The matter was heard in the court for 10 years. The Supreme Court has finally pronounced a great order," she said, further thanking PM Modi for backing the permanent commission for women officers.

While the government had backed the setting up of the commission, it has drawn flak for reportedly opposing the deployment of women at command posts, citing physiological reasons. With the Centre's argument being discarded by the apex court, the Opposition jabbed the government.

"The Govt disrespected every Indian woman, by arguing in the SC that women Army officers didn’t deserve command posts or permanent service because they were inferior to men. I congratulate India’s women for standing up & proving the BJP Govt wrong (sic)," senior Congress leader Rahul Gandhi.