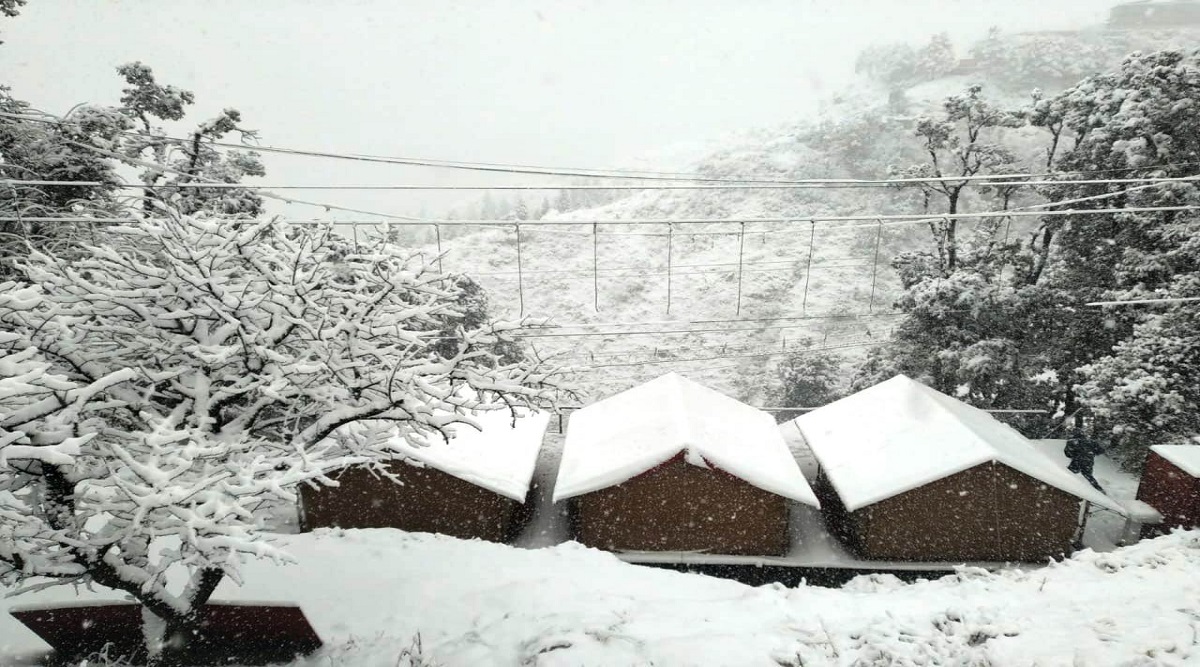 Uttarkashi, January 28: In the view of heavy snowfall and cold wave, a holiday has been declared in school and colleges in Uttarkashi district of Uttarakhand. Earlier in the day, higher reaches of Uttarakhand received fresh snowfall while lower areas were lashed by rain. Areas, including Auli, Badrinath, Hemkund Sahib, Nanda Devi Biosphere Reserve and Kedarnath Musk Deer Sanctuary spread over Chamoli and Rudraprayag were covered by thick white sheets of snow. Snow Alert: Uttarakhand Braces for Intense Cold Waves in Coming Days, IMD Predicts Rain and Snowfall on January 1 and 2.

The MeT office said most places located at 3000 metres and above in Uttarakashi, Chamoli, Rudraprayag and Pithoragarh districts are likely to receive snow on Tuesday while cold day conditions are likely to prevail at some places in the hills on Wednesday. Dehradun received intermittent showers since morning even as it recorded a minimum temperature of 10.2 degrees Celsius. IMD Predicts Heavy Snowfall in Parts of Jammu and Kashmir, Himachal Pradesh, Uttarakhand.