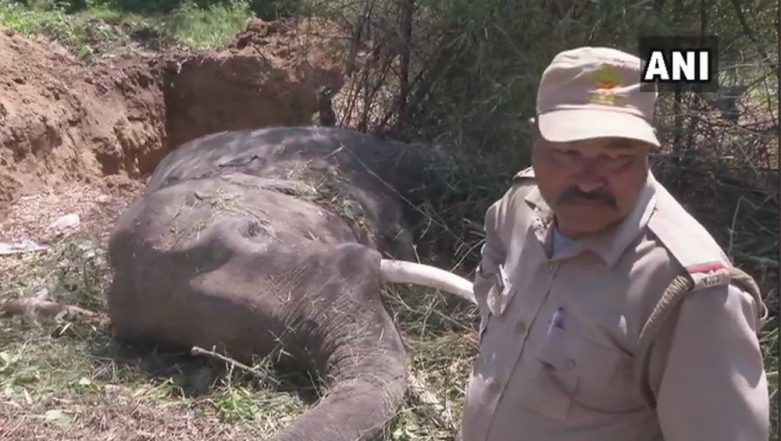 Haridwar, April 19: Two elephants died after being hit by a train in Jamalpur Kalan area in Haridwar district of Uttarakhand on Friday. The two male elephants died after they were hit by a fast express train around 4.5 am today. The elephant, aged between 25 to 30 years age, collided with the Nanda Devi express. This is the first time that elephants were killed in this area of the city, said forest officials. Elephant Beaten Mercilessly With Sticks in Kerala, Shocking Video Goes Viral.

According to reports, the impact of the accident was so strong that both the tuskers blew upto 15 to 20 meters from the site and fell. Their tusks were completely broken and limbs and other body parts suffered grave injuries. The forest officials claimed that the elephants would everyday cross that area "peacefully" without causing the problem to everyone.

Many such incidents are reported in Uttarakhand near the Rajaji national park area. The forest officials earlier said that they were planning to use drones to keep a watch on tracks. According to data by the state department in 2017, around 359 elephants, including death by natural causes, had died in the state in the last 17 years.