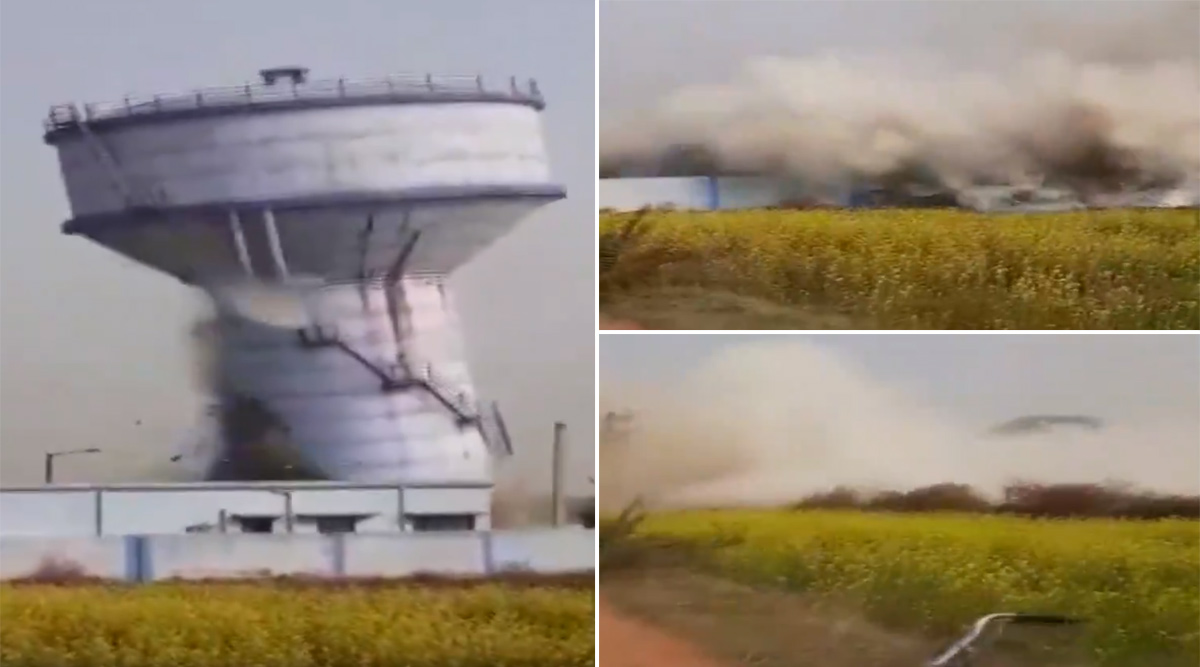 Kolkata, January 23: In a bizarre incident, an overhead water tank in West Bengal's Bankura district came down crashing on Wednesday due to its weak foundation. According to a tweet by ANI, the horrific incident took place in Bankura city of the state. Reports inform that the water tank, constructed on 2016, supplied drinking water to several villages in Bankura district. Reports inform that the tank's foundation gave way just within four years of construction. The investigations are going on and the exact cause will be found out.

Locals captured the incident on social media following which the clip went viral on social media. In a 0.21 second video by ANI, the overhead tank was seen collapsing, created a furore and panic. The video shows the dramatic incident of the tank collapsing and splashing tonnes of water. Reports inform that the government has a five-year contract with the construction agency, which will rebuild the overhead tank. Gujarat: Bridge Located Above River in Junagadh's Malanka Collapses, 4 Cars Fall; Watch Video.

According to details by Police, no casualties have been reported in the incident. Reports inform that locals of 15 villages were supplied water from the tank that was commissioned in 2016. An official of the Public Health Engineering Department said on condition of anonymity that the overhead tank had a capacity of 7 lakh litre. The official added that the incident took place as the soil loosened, resulting in the collapse of the tank.