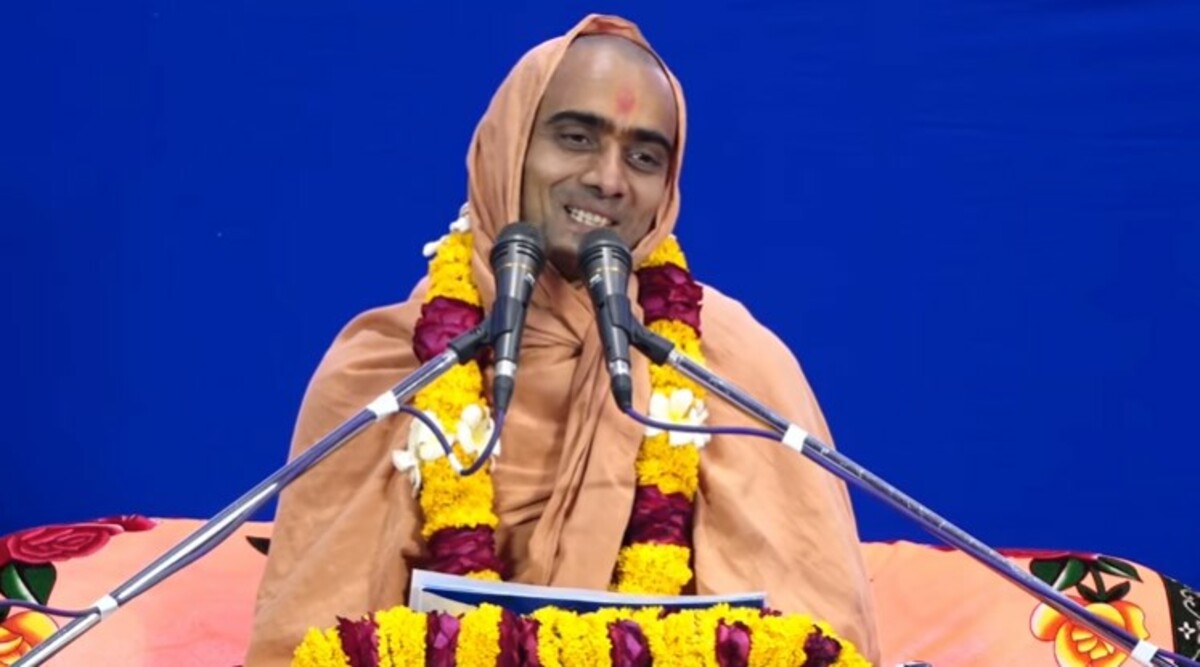 Kutch, February 18: In a shocking statement, Swami Krushnaswarup Dasji of Swaminarayan Bhuj Mandir said that if a menstruating woman cooks food for her husband then her next avatar will be a "kutri (bitch)". He also said that if a husband eats food made by a woman on her periods he will be reborn as "ox", Ahmedabad Mirror reported. This development comes after 68 students of a college, which is run by followers of Swaminarayan Mandir in Bhuj, were forced stripped for menstruation check. Bhuj College Girls Allegedly Forced to Remove Undergarments to Prove They Weren't Menstruating After Hostel Warden Reports Students Entered ‘Temple and Kitchen’.

Krushnaswarup Dasji said that as per rules outlined in the 'Shastras' if a woman prepares a food she will turn into a dog. "Now that I have said this, everyone will feel that I am strict. And they {women} will cry that we will turn into dogs. So, yes, you will have to {become dogs},” Ahmedabad Mirror quoted him as saying in Gujarati. Bhuj College Principal, Hostel Rector Suspended For Forcing 64 Girls to Remove Undergarments to Check Whether They Were Menstruating.

Recently, Sahajanand Girls Institute (SGI) in Bhuj forced 68 female students to strip to check who was menstruating. The students were taken to the restroom and forced individually to remove their undergarments to prove they weren't on their periods.

Following the incident, a First Information Report (FIR) was registered and college's Principal Rita Raninga, hostel rector Ramilaben and peon Naina were suspended. A case has been registered under sections 384 (extortion), 506 (criminal intimidation) and 355 (assault with intent to dishonour a person) of the Indian Penal Code.